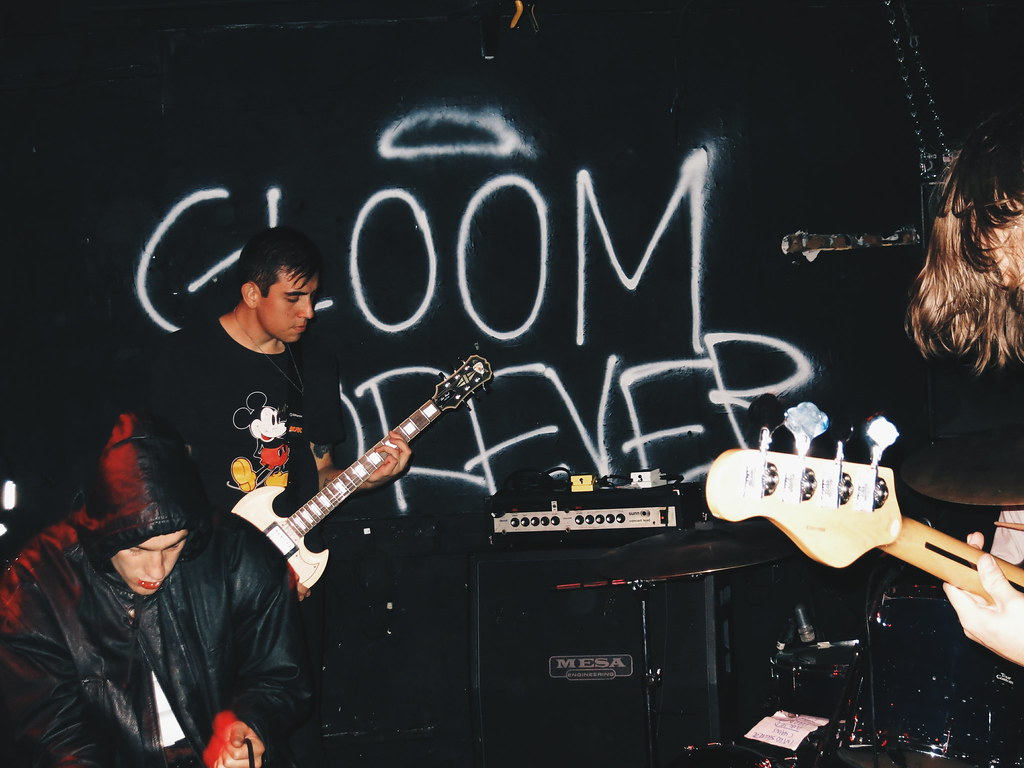 Hey Joey, thanks again for taking the time to do this interview. For our readers who may be out of the loop, could you tell us a little bit about yourself and what bands you are involved with?

My name is actually Jose, but most people call me Joey, trying to go by Jose though. As for bands I am in, I play guitar in Gag, Mongrel and Lower Species. I play Drums in Eightball, Combat Knife and Love Interest. I play Bass in Stand Up and I sing In white Wards. Working on a few other projects too that don’t have names or full line ups yet.

Gag is about to head out on a two and a half week East Coast tour in support of your new full length "America's Greatest Hits", could you tell us a little bit about the new album and when we can expect to see physical copies available?

I am super excited this is finally happening. the real deal Lp will be out in Dec/Jan probably but we will have a tour version available on that east coast tour. It's been a long journey trying to figure out that lp on account of all the other stuff we do and some members live in different cities. half of it was wrote in 2013 and the other half in 2015. I hope people will like it, I think it sounds like a mix of the 40oz rule 90’ 7-inch and our demo, driving and hard.

This upcoming tour lands as your second time visiting the East Coast (to my knowledge). What cities are you most excited to be playing and are there any cities you’re playing that you’ve never visited before (via touring or just visiting)?

We actually haven't played most of the east coast because our van broke down on our full US. Collectively GAG is super excited to go to Miami and DC. We have played and hung with a ton of DC heads the last year so just to see the homies will be sick. Miami because it's fuckin Miami homie! Will Smith wrote a song about it, so chill.

America's Greatest Hits lands as your second release through Iron Lung Records. How has it been working with Jensen and Jon on the label side of things?

Jensen and Jon are the real deal down for whatever homies. Jensen and I are in a band together and White Wards has put out two records with him so we have been friends for a while and know how each other work. Iron Lung are really supportive in what we want for our band and if they think something is bullshit they won’t hesitate to say. I love that about them.

Okay, I gotta ask you to talk about this because the story is insane to me and I wouldn't believe it if I didn't see how fucked up Adam was in person. Could you tell our readers about the Bridge incident prior to Resurrect Cali Fest in NorCal? Also, how is his recovery going since the accident happened?

I can't even really speak on it, haha. he never explained what happened just that he was drunk and fell off a bridge onto his back. he thought he cracked a few ribs but it turns out he broke his back and fucked up some cartilage. He's doing a lot better but damn that weekend was rough as hell. Sorry about that Gilman. 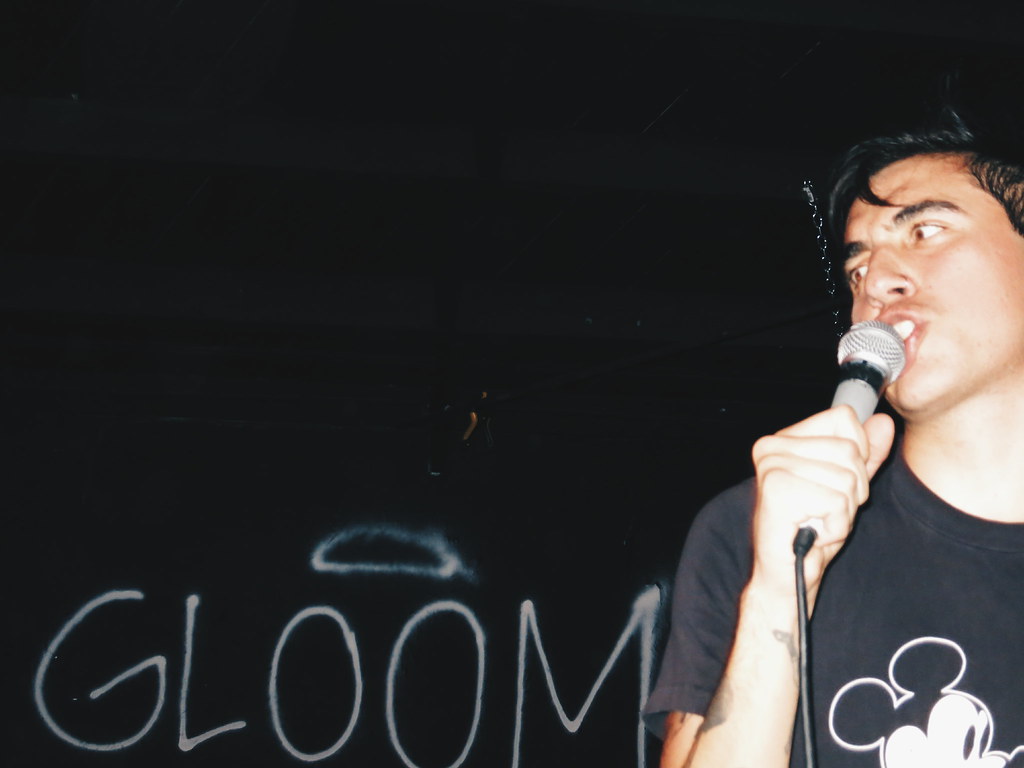 Now onto your other guitar based rock band, White Wards. Do you feel the writing process for White Wards is a bit easier for you since the project has been your baby since 2009?

Honestly, no. That band has changed so much and I don't even remember the last time i wrote a song for White Wards. I mostly just write lyrics now which is cool with me because I am the main songwriter in a few of my other bands.

White Wards recorded their newest full length with Jake Dudley, how was working with Jake and that recording session process?

Jake is family! Man honestly the Bay in general is like Olive Garden.

Jake did the art for both the first 7-inch and the Cig Burns LP. We have been gigging with Jake for years and at this point for how much he has done for White Wards he basically is the sixth member. If he moved to the PNW he would definitely be in White Wards, that’s the big homie.

During the White Wards set at the fest I remember you being extremely vocal about individuals taking the time to visit domestic violence information table that was set up across from 924 Gilman and to help out if possible, which is leading to my next question. What programs/problems would you like to see individuals take more initiative in being involved with/taking down?

It was cool to see that domestic abuse Table outside and it really inspired me to say something because i have lived in a family that had to deal with domestic abuse and it is awful and ruins family’s. Unfortunately found out after the fact that someone who had a part in booking that fest was beating his partner. it's fucking absurd and so enraging to hear about that happening in the punk scene. I shouldn't have to say it but DON'T FUCKING ABUSE YOUR PARTNER. This Includes but is not limited to physical violence, emotional abuse, manipulation or public humiliation. No one should have to beg you to be a better person.

The next two questions are going to be a bit similar. First off, what are your Top 5 "Must Hear" Hardcore/Punk albums from the Northwest for someone who may be completely oblivious to what has been produced up there?

Secondly, what are your Top 5 Hardcore/Punk albums of all time? 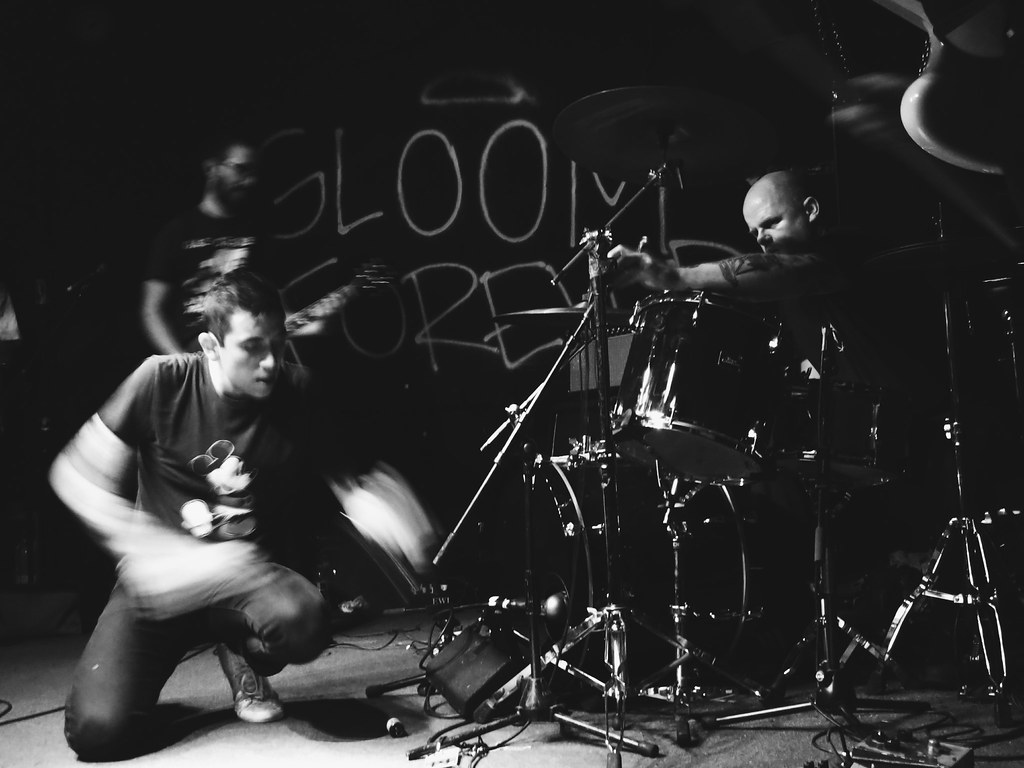 So if you guys don’t reach Rob Zombie status by the time you hit the age of 28, where are you guys headed?

I got a few more years so hopefully I don’t have to change my trajectory. Really holding out for Rob Zombie though.

What’s to be expected from you and your musical projects, Winter 2015 and beyond? Can we expect new White Wards and Eightball material?

White Wards is writing another LP so look out for that in 2017 probably haha. Eightball will have a demo in November and a 7-inch on Warthog Speak in 2016. Stand up will also have a demo in November. Lower Species is recording on Nov 1st so please keep your eyes peeled for that, thats my baby. Mongrel is gonna record an ep soonish. Love Interest will record the LP we have had written for over two years eventually. Combat Knife has an LP coming out on Video Disease and SchizoidUnit. Gag has a full length on Iron Lung Coming soon, a 12ep on Triple B records and a Compilation of the demo, 40oz ep, Rob Zombie 12ep and the flexi. Gag and Combat Knife are doing a full west coast, midwest and mexican tour. Possible tour plans for Eightball as well.

What’s the best Obituary album to air riff to?

My man! World fuckin Demise, homie. Straight up groove oriented pit riffs. Close second is the Live Album “Dead”, songs from the first four records all the bangers no bullshit.

Now for the most important question of the interview. Who is the most "Traditionally Handsome" member of Red Scare? Casey or Waylon?

Damn. Hard to answer because both are so handsome. if we are talking just looks I'll say Waylon because his blonde locks scream heart throb. I think Casey would be a much more attentive partner though and he replies to the Triple T more often but Waylon is in Lower Species.

Any last words? Special active guitar based rock bands you’d like to give some love?

I probably already said too much but, everyone go checkout Gatecreeper, Red Scare, Lock, Scalped, Profile, Odd Man Out, Bricklayer, Nudes, Vexx, Fury, Response and Freedom. Shout outs to my my dawgs Tony Molina for holding down the guitar in a way i never could, Allen and Jeremy for being an inspiration on the skins, my number one bros J Caff, KJ and meatball for keeping me positive and holding me down. Last but not least UNITTTY .

Be sure to catch Gag on their upcoming East Coast tour. Tour information can be found here. Keep an eye out for their upcoming LP "America's Greatest Hits", due out on Iron Lung Records this Winter (if pressing plants abide). In the mean time, check out the first single from the LP below: 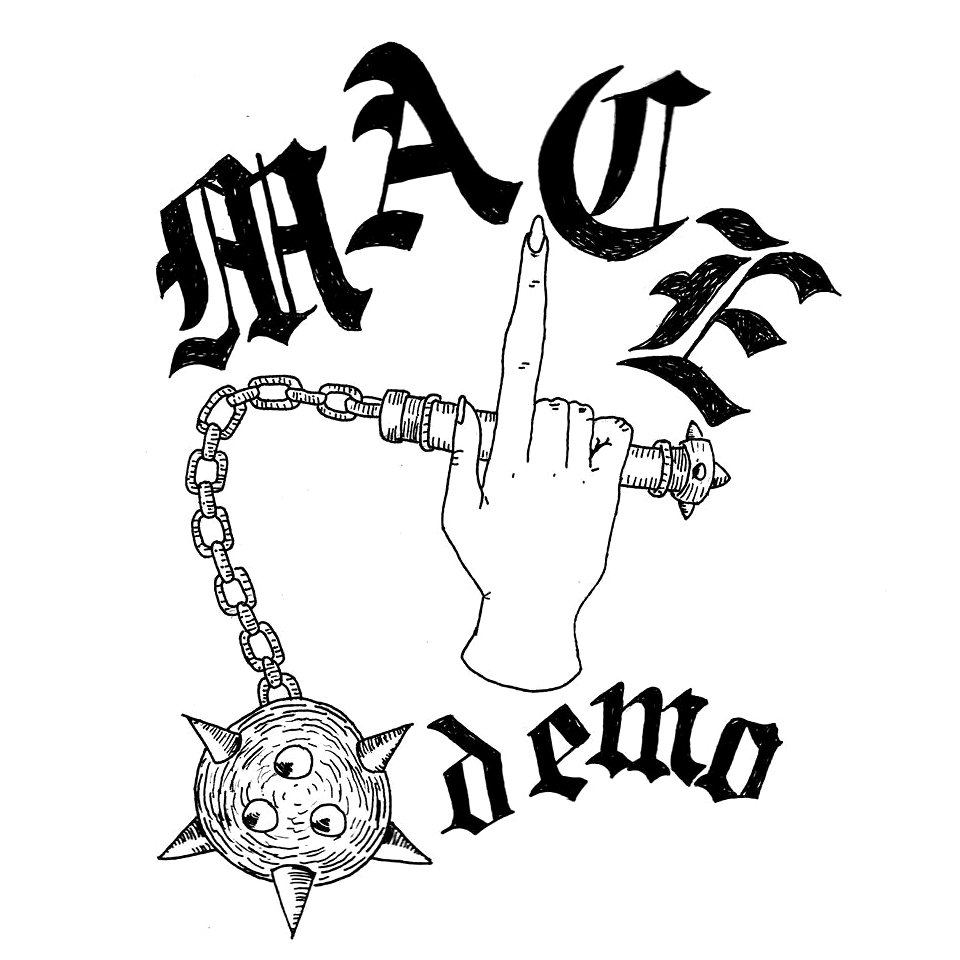 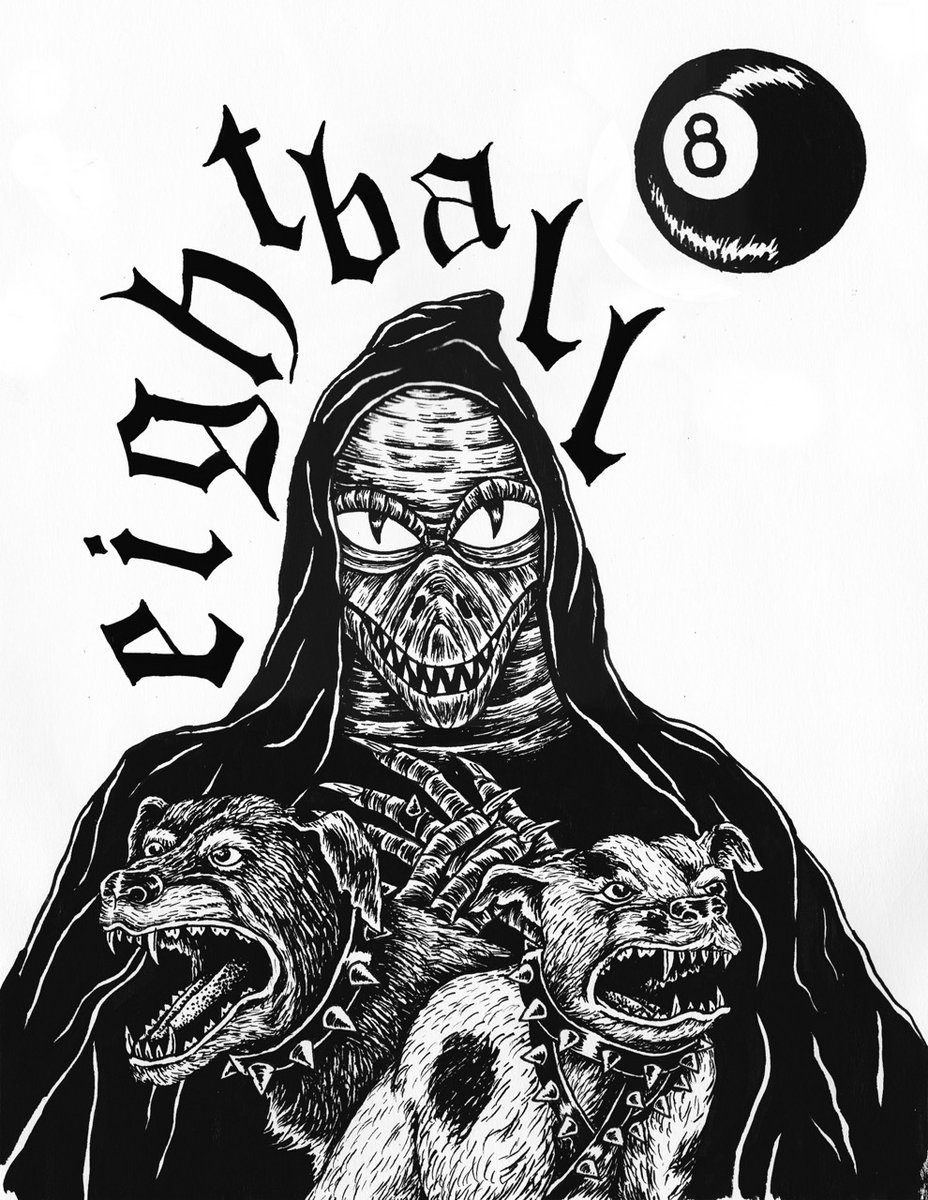 Bandcamp
Year: 2015
Quality: 320kbps
Tracklist:
1. The Scam
2. Weapon
3. Plagued
Get It NOW!
Features a bunch of members of NW bands you either love or hate.
Posted by Toxicbreed Labels: -D-Beat, -Download, -Punk, Eightball 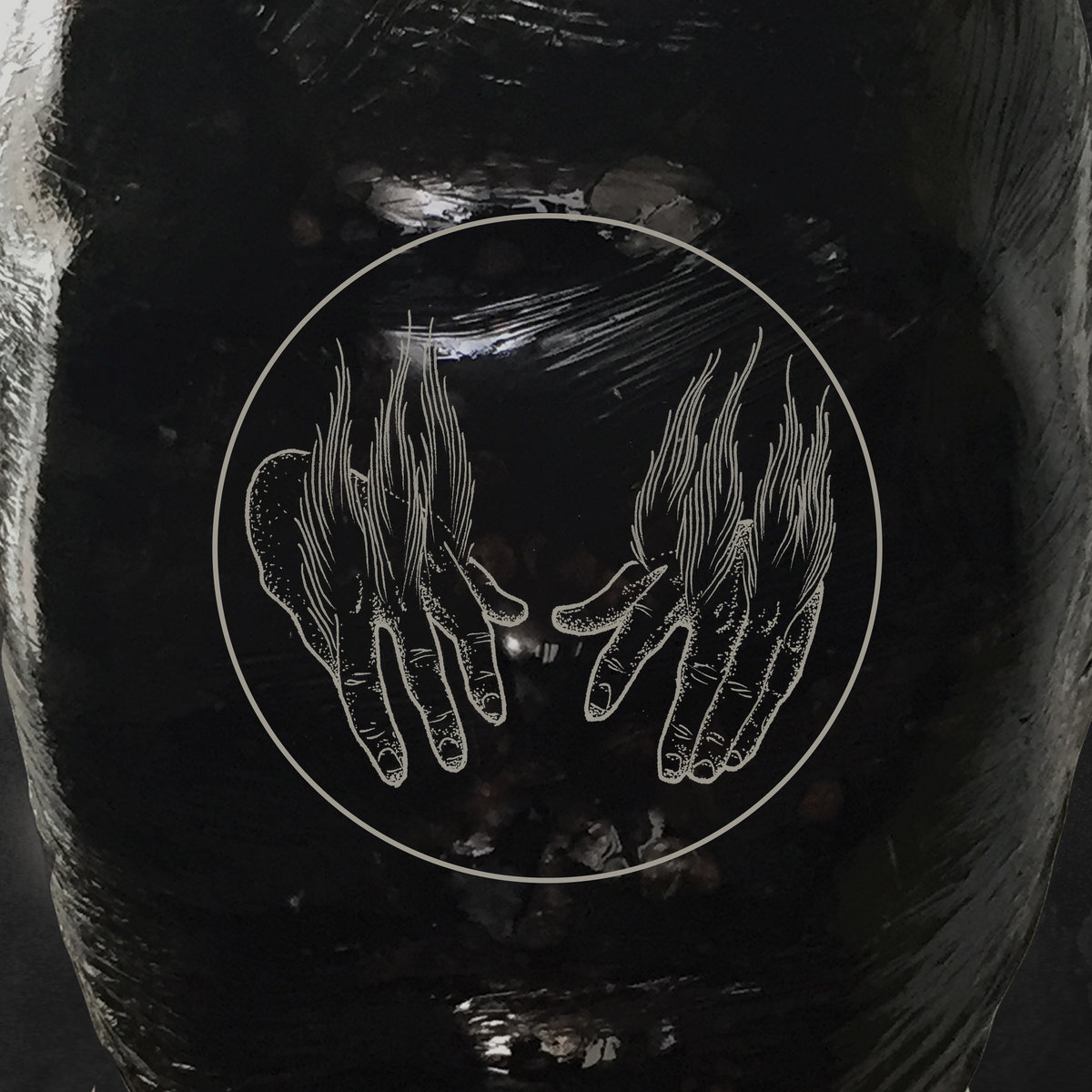 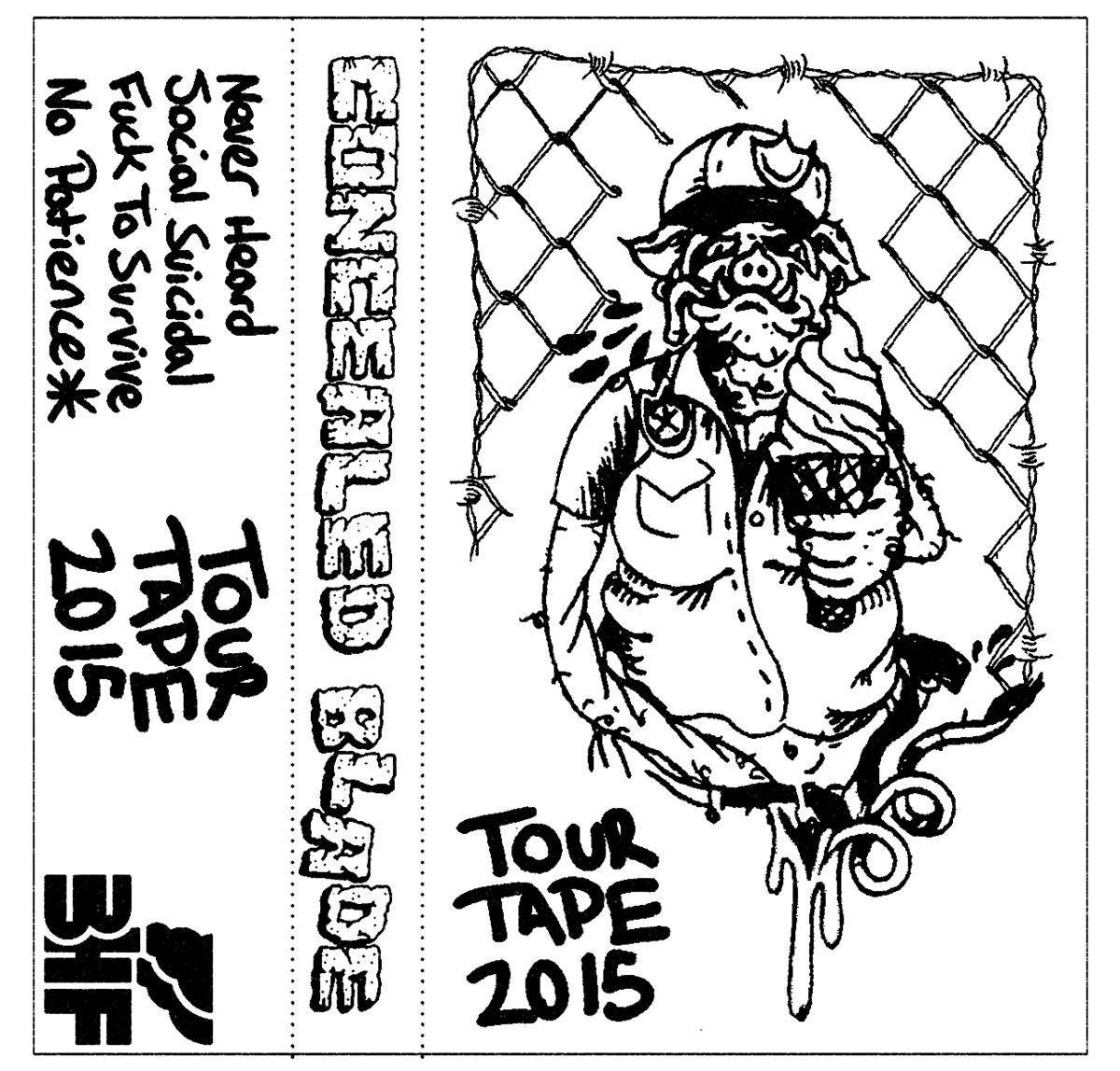 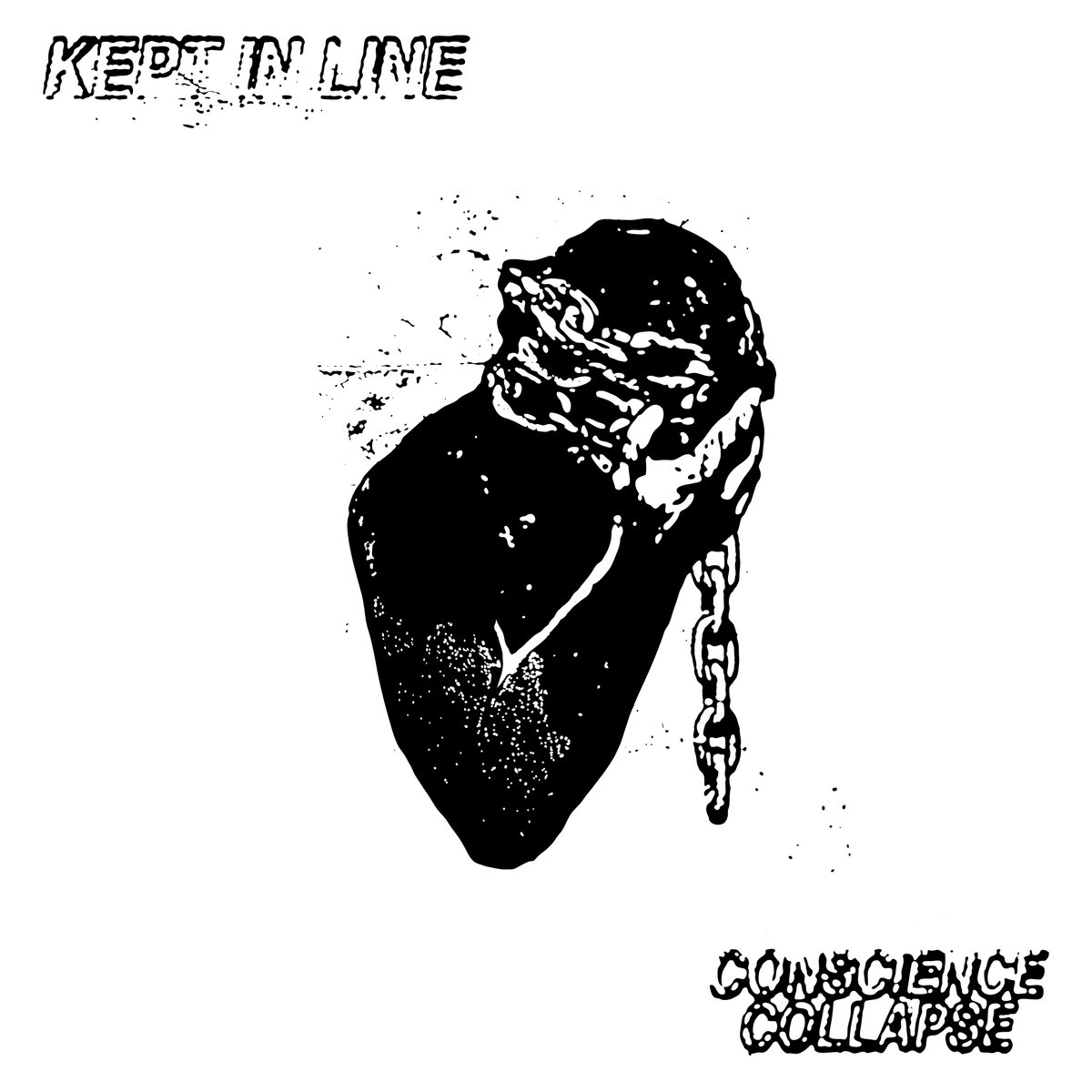 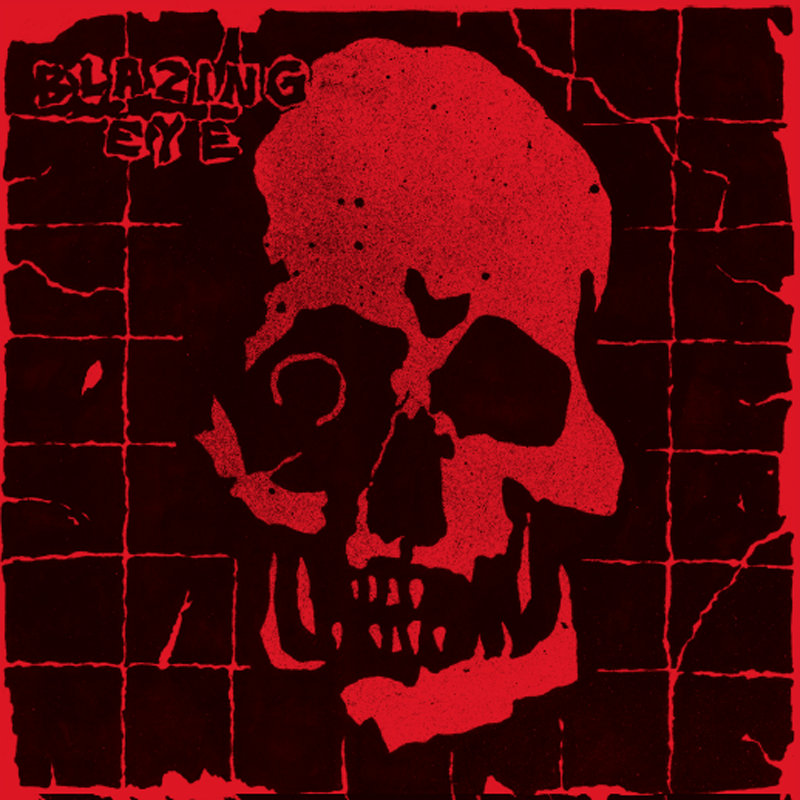 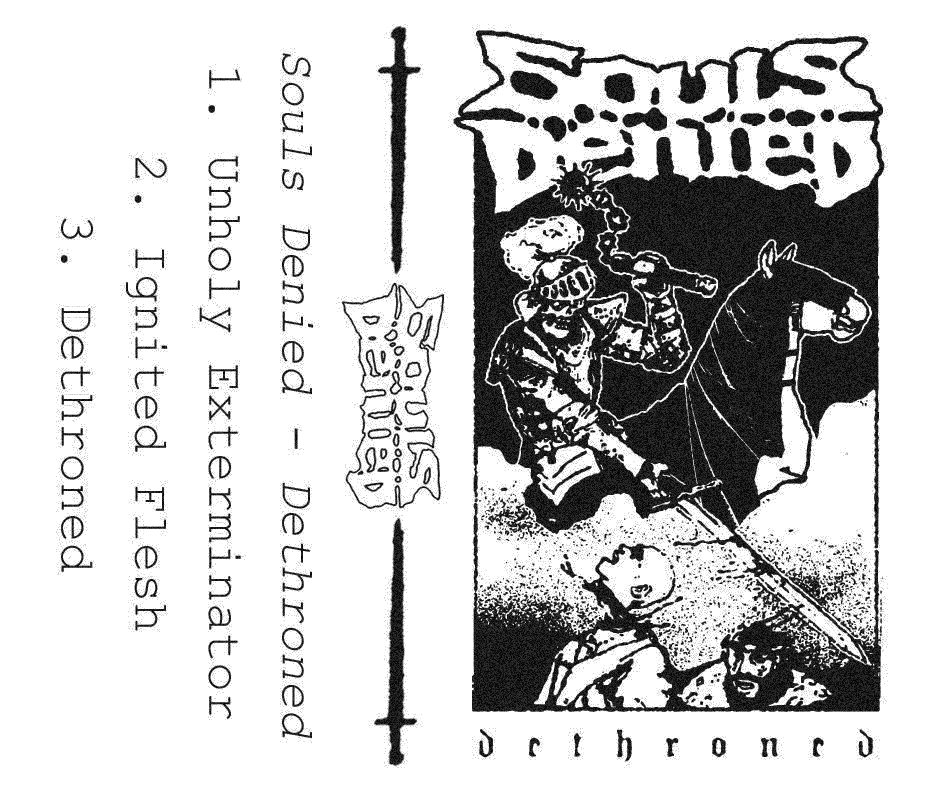 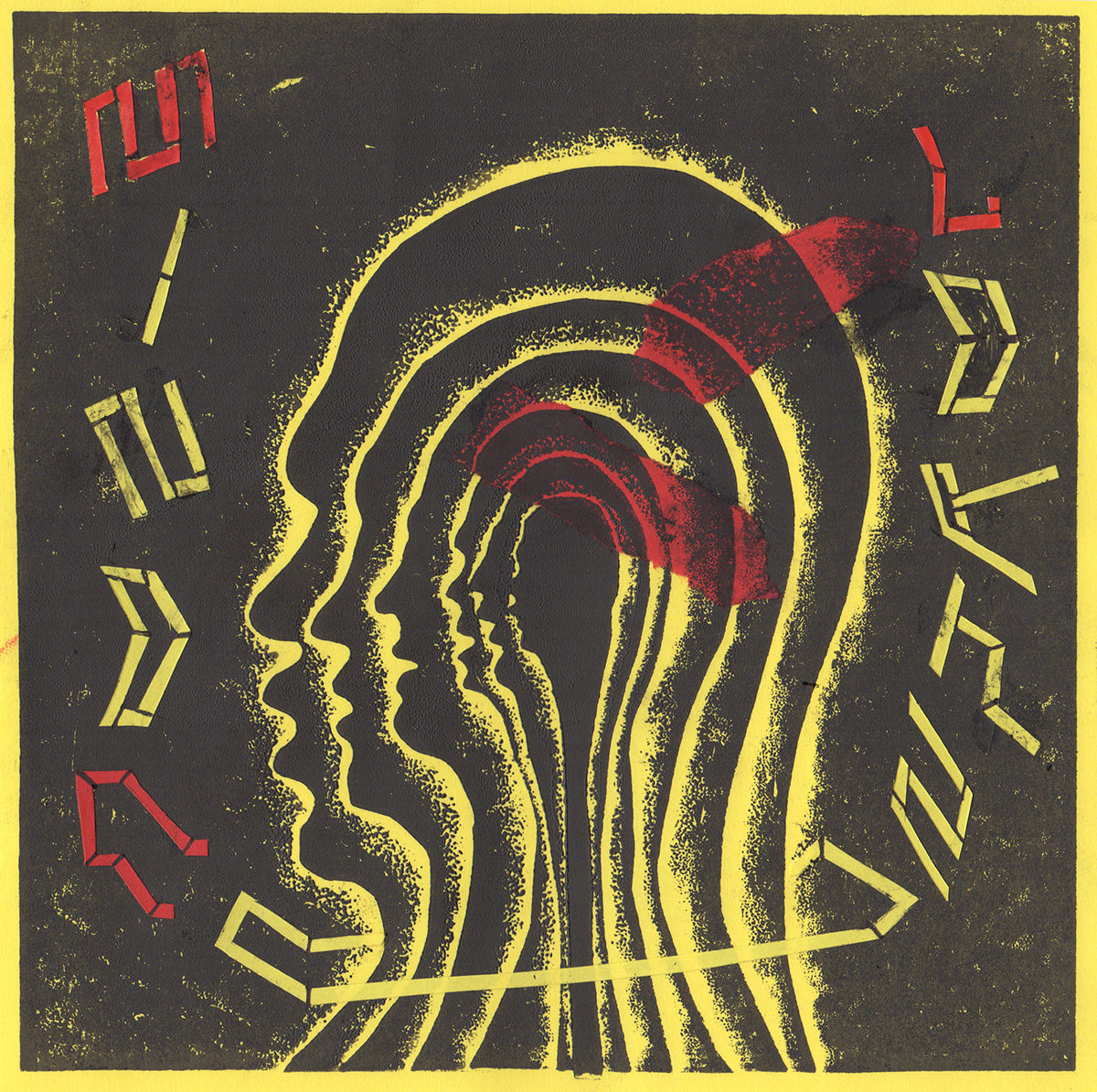 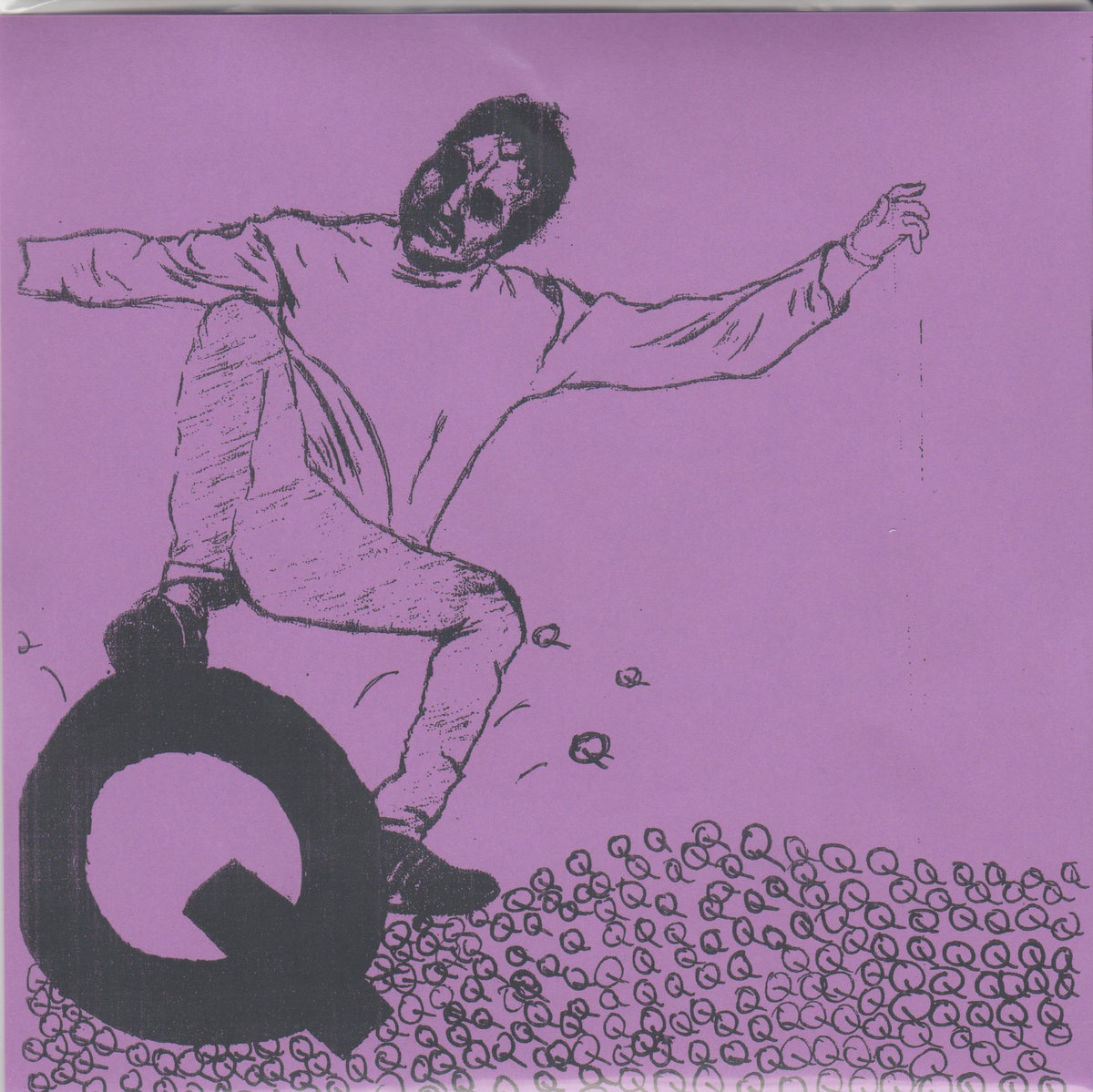 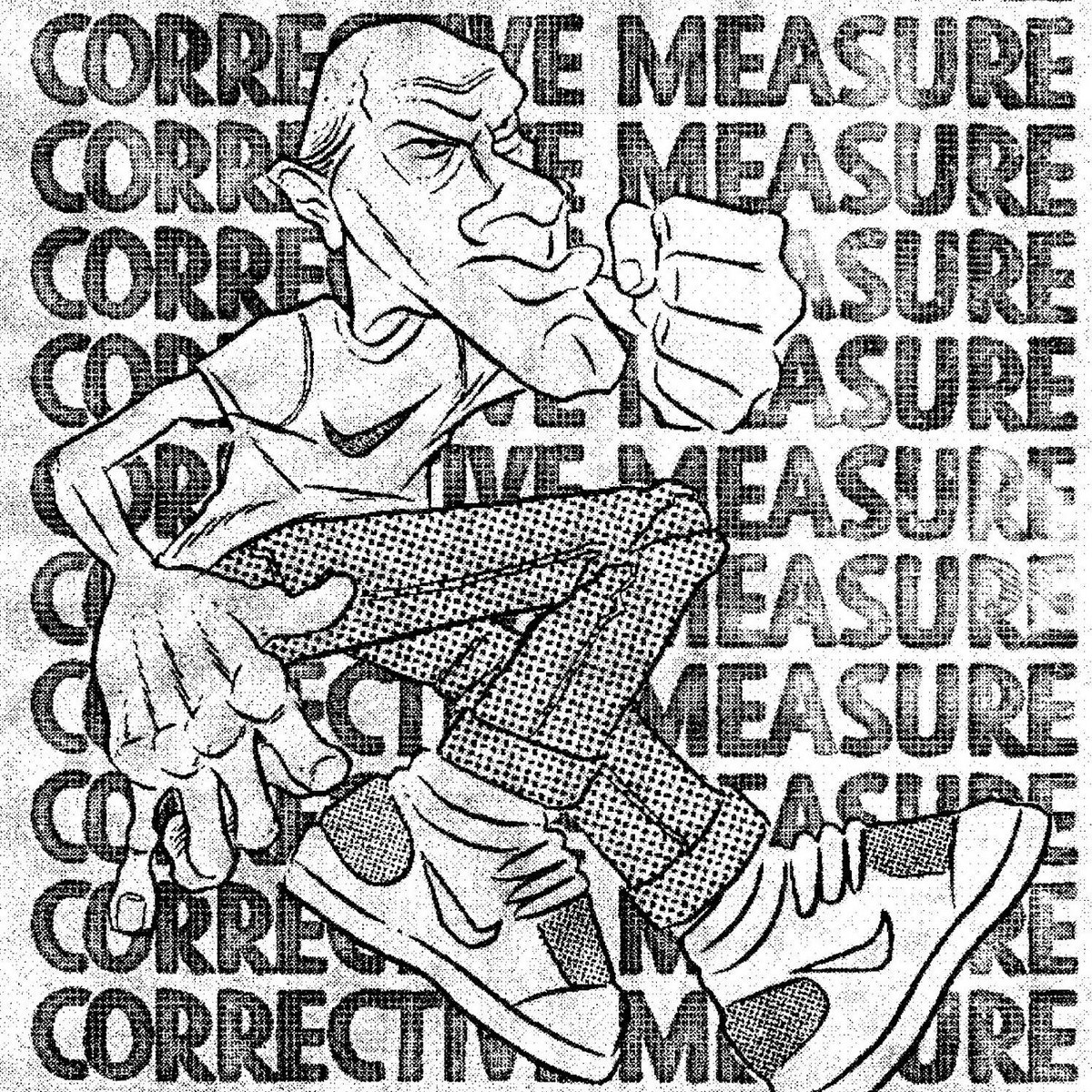 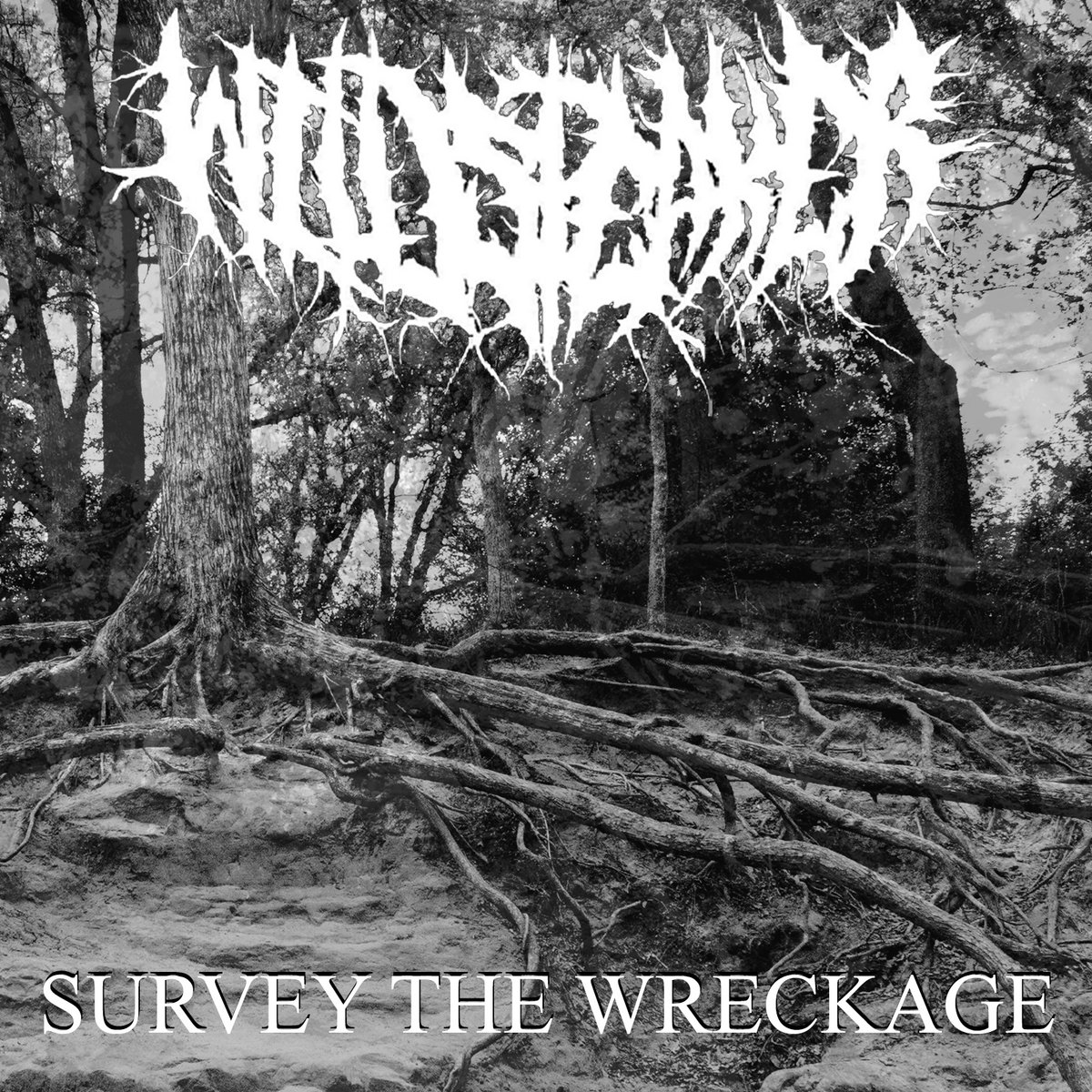 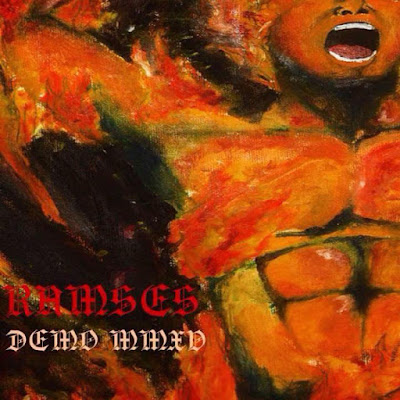 1.Your Last Breath
2.The Fear With It
3.The Internal Flame
4.Dead Inside
5.Suffer In Your Sin

Ramses are a new heavy/metallic hardcore band from Tampa, Florida. With a sound you could compare to early Damnation A.D. and Disembodied as well as Hatebreed's early work, this band brings about a great sense of urgency and despair in these initial demo recordings that channels the parts of the aforementioned bands that made them as noted as they are. These intial recordings show a lot of promise to come in the future and stand alone as a very solid demo as well. If you are a fan of any of the aforementioned bands or heavy hardcore in general, I highly recommend checking this out and giving it a listen. You can download Ramses demo from the link above and you can also stream the entire release via bandcamp below.