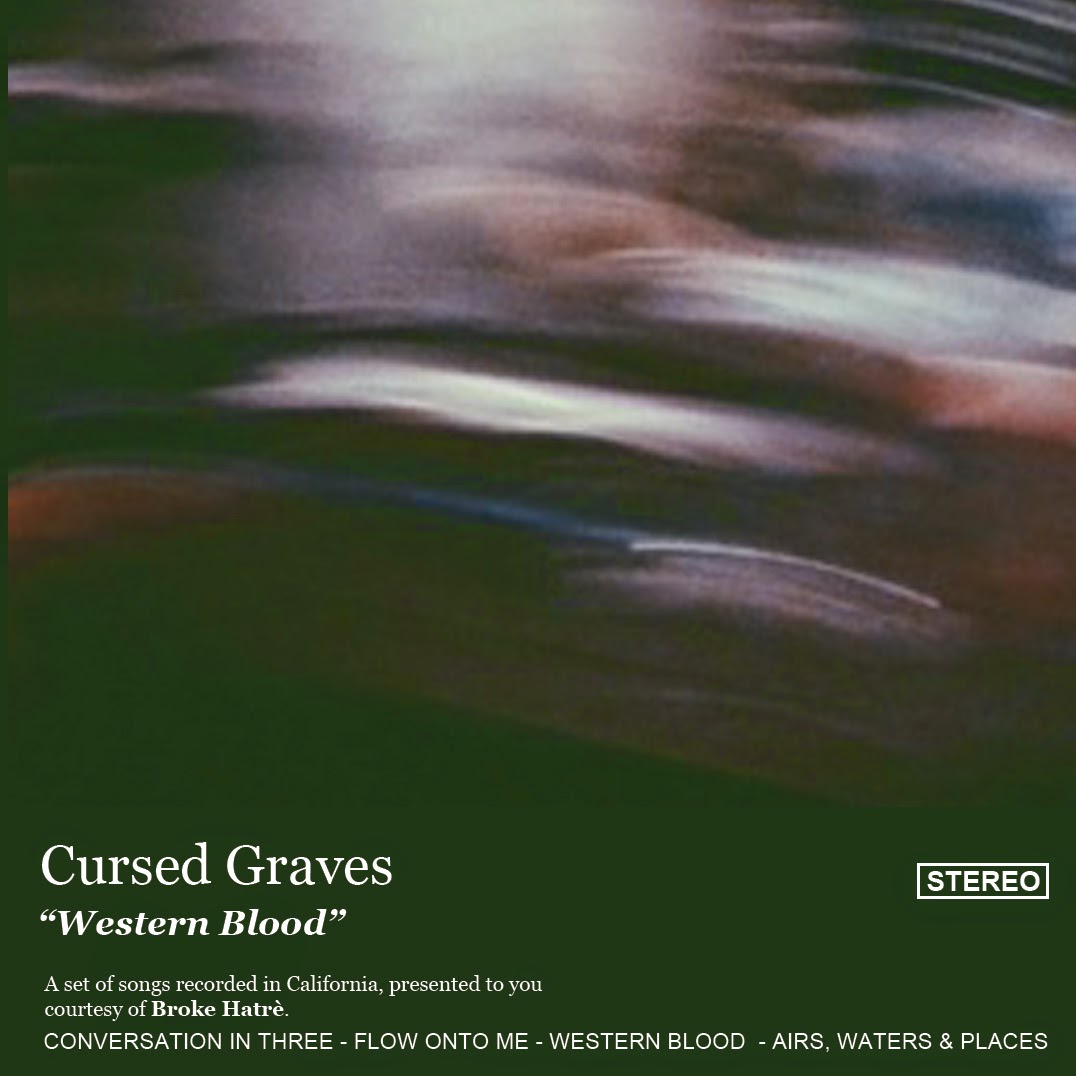 We're extremely excited to bring you a brand new track entitled "Airs, Waters, and Places" off of Cursed Graves new EP "Western Blood". Due out on Broke Hatrè (Creative Adult, The Vibrating Antennas, The Down House, etc etc) shortly with preorders up now. Along with the cassette version of the EP, Broken Hatre and Not Punk Records will be teaming up for a VHS release of a FULL live session the band performed at The Dial Collective in Murrieta, CA. For now, please enjoy this brand new single entitled "Airs, Waters, and Places" 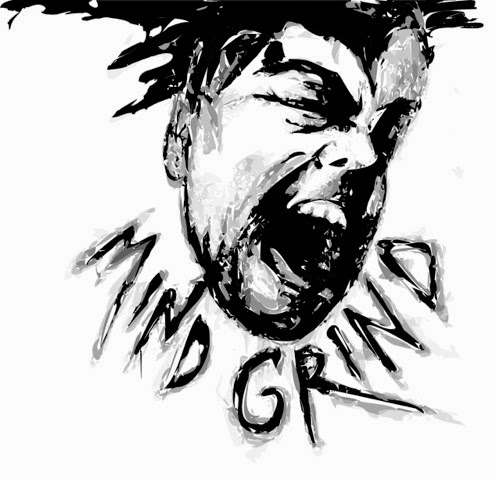 1.Intro
2.Complacency Fetish
3.Der Gier
4.Today I Thought Of What I'd Do If I Saw You...
5.Sociopath
6.Spineless

Mindgrind are a 4 piece Grindcore/Death Metal outfit from Bradenton, Florida and this is their first demo that dropped last year. I've been meaning to post this for a while actually, but better late than never. Influenced by bands such as Animosity, Pig Destroyer and Napalm Death, you should definitely check this demo out immediately if you're a fan of the aforementioned bands or in the mode for something raw, aggressive and uncompromising, and who isn't? This is an extremely promising demo and based on seeing the band live a few months ago, the band has much promise for the future and I'm definitely looking forward to it. Until then you can grab the demo from the link above, or stream it from their bandcamp page.
Posted by Eliot Mayo Labels: -Death Metal, -Download, -Grindcore, -Review, Mindgrind

Maladjusted- Death Is The Only Relief 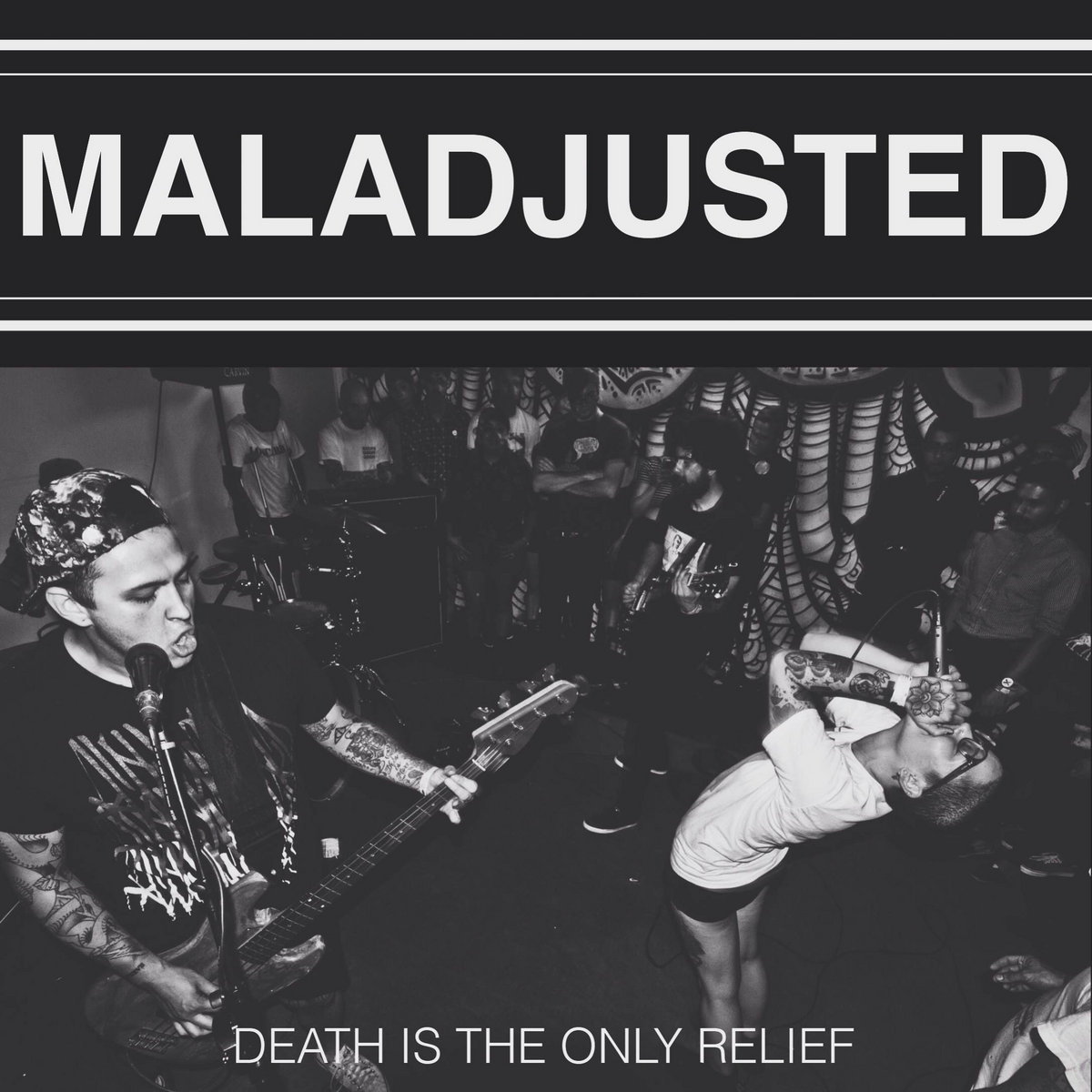 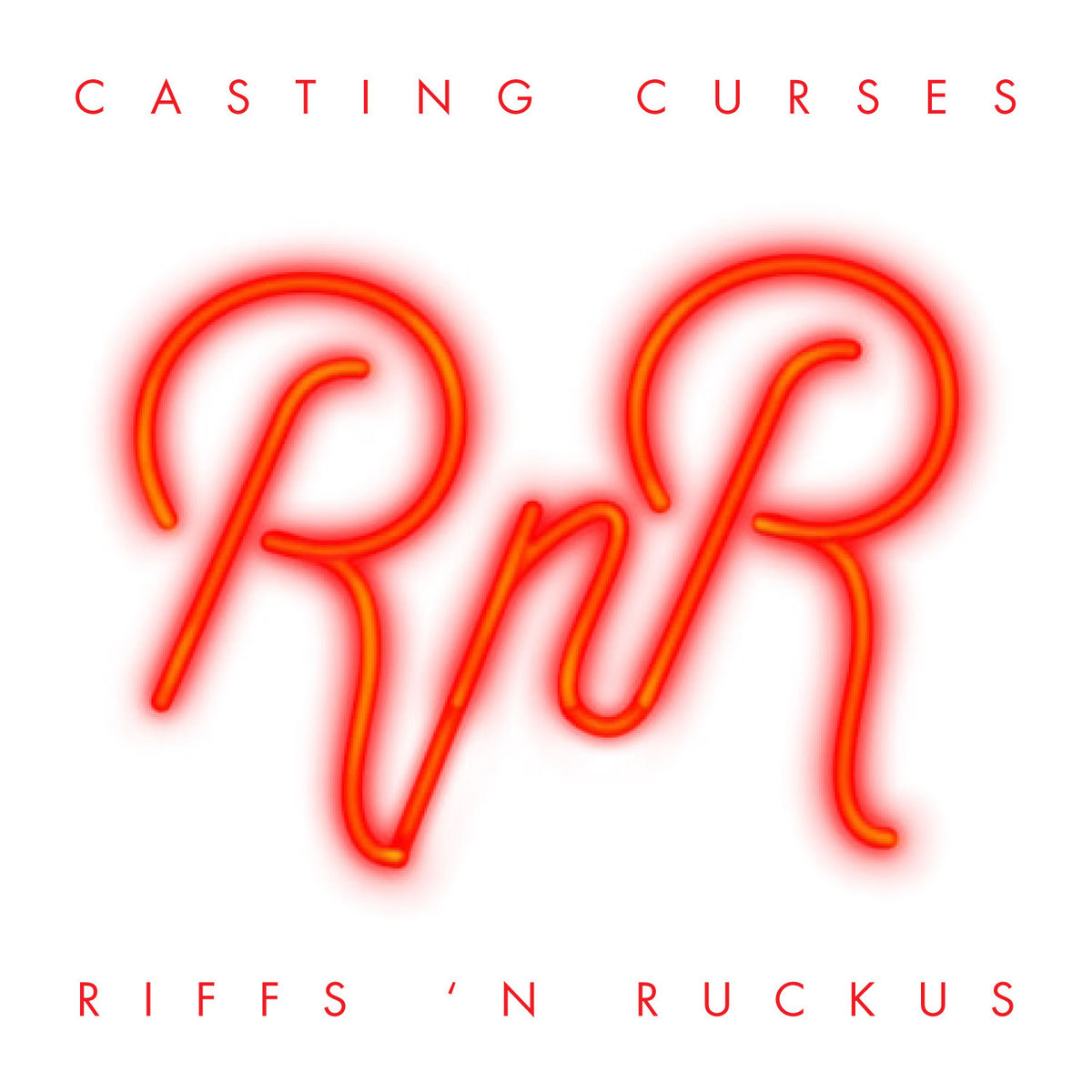 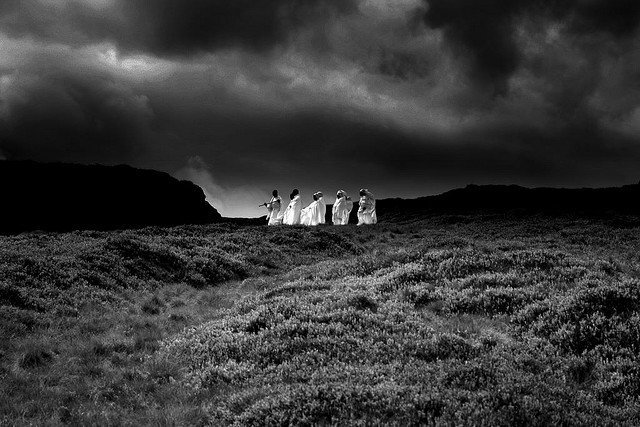 Facebook / Bandcamp
Year: 2012
Quality: 320kbps
Tracklist:
1. The Opaque Light
2. Misery Labyrinth
3. Crusade on the Tides of Hades
Get It NOW!

New LP entitled "Dormiveglia" is due out this July on Church Of Fuck and Sell Your Soul Records.
Posted by Toxicbreed Labels: -Download, -Metal, -Sludge, Trudger

Rat Path / Drag Me Under- Split 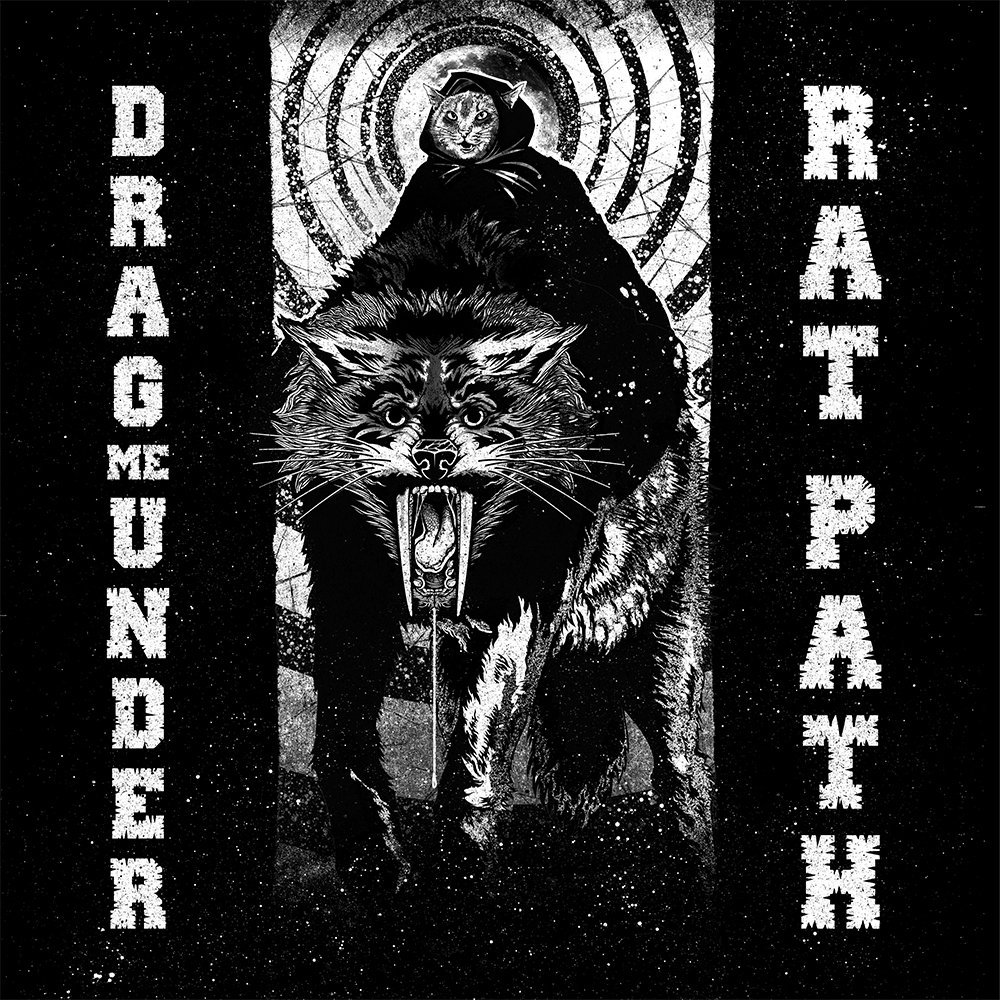 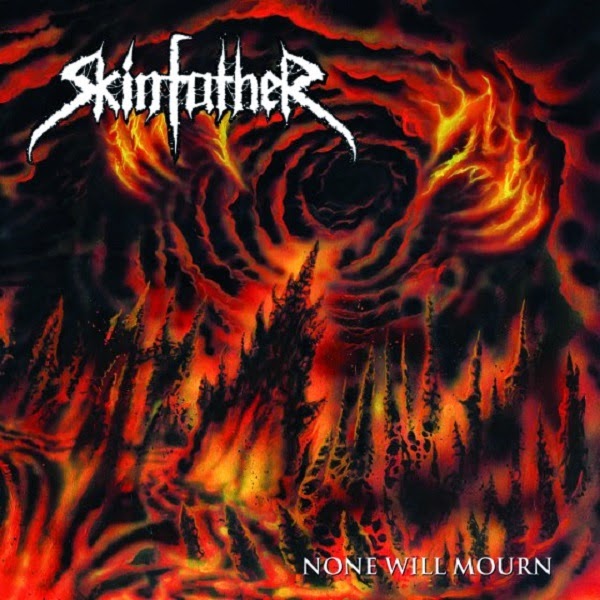 After several impressive releases, Southern California death metal warlords Skinfather have returned with None Will Mourn, their first full length album and a crushingly heavy riff-laden assault over 9 songs. This release see's the band in their finest form to date and is sure to turn the heads of any extreme music fan who comes into contact with it, especially those with a taste geared towards groove heavy death metal.

Skinfather take many of their musical cues from genre greats such as Bolt Thrower, Obituary and Morbid Angel, while adding in a dose of hardcore aggression that never sounds forced, invasive to their main sound or overdone in any way. Throughout the album there are plenty of memorable passages and hooks that will have you banging your head for days on end.It's also worth mentioning that the band has a new singer, none other than the vocalist from severely underrated metallic hardcore band Creatures. His vocal style fits the band perfectly and this could arguably be his finest work to date. It's their ability to take the best things from their influences while forging ahead with their own take on the sound that really sets Skinfather apart from much of the current death metal crop. While this might not be something you haven't heard before, it's damn well some of the finest current death metal to pop up in quite sometime.

None Will Mourn has everything a fan of death metal and extreme metal could ask for: insanely heavy riffs, a menacing vocal assault and a rhythm section that marches ever forward into oblivion. With this LP Skinfather have truely come into their own as a true force to be reckoned with in the extreme music scene, and there is no doubt in my mind that their name will be popping up quite a bit in discussions of the best current bands crafting this style. You can purchase a physical copy of the LP via Street Cleaner records from the link below, also check below for a full stream of the album via soundcloud.

Of Feather And Bone / Reproacher Split 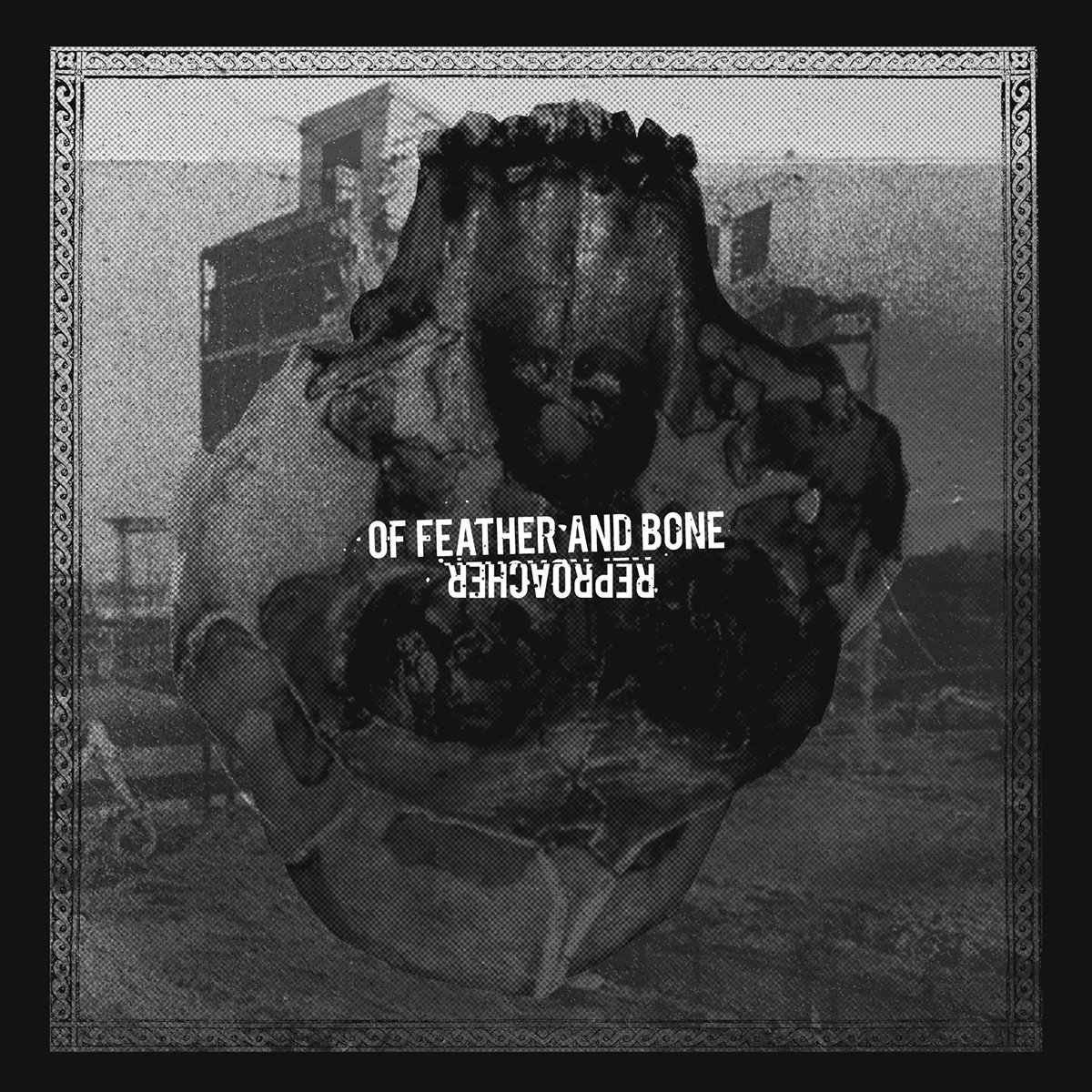 "The melding of two separate entities into one unstoppable force. Of Feather and Bone provide two songs that could be used as the soundtrack to the killing of your enemy. Short and fast but still with depth and structure to shake anyone to their very core. If OFAB is the murder, Reproacher is the cleanup and disposal of the body. Two long angular, noise filled harsh songs for removal of the body and any evidence that might still exist. Not for the faint at heart."
Posted by Toxicbreed Labels: -crust, -Download, -Hardcore, Of Feather And Bone, Reproacher 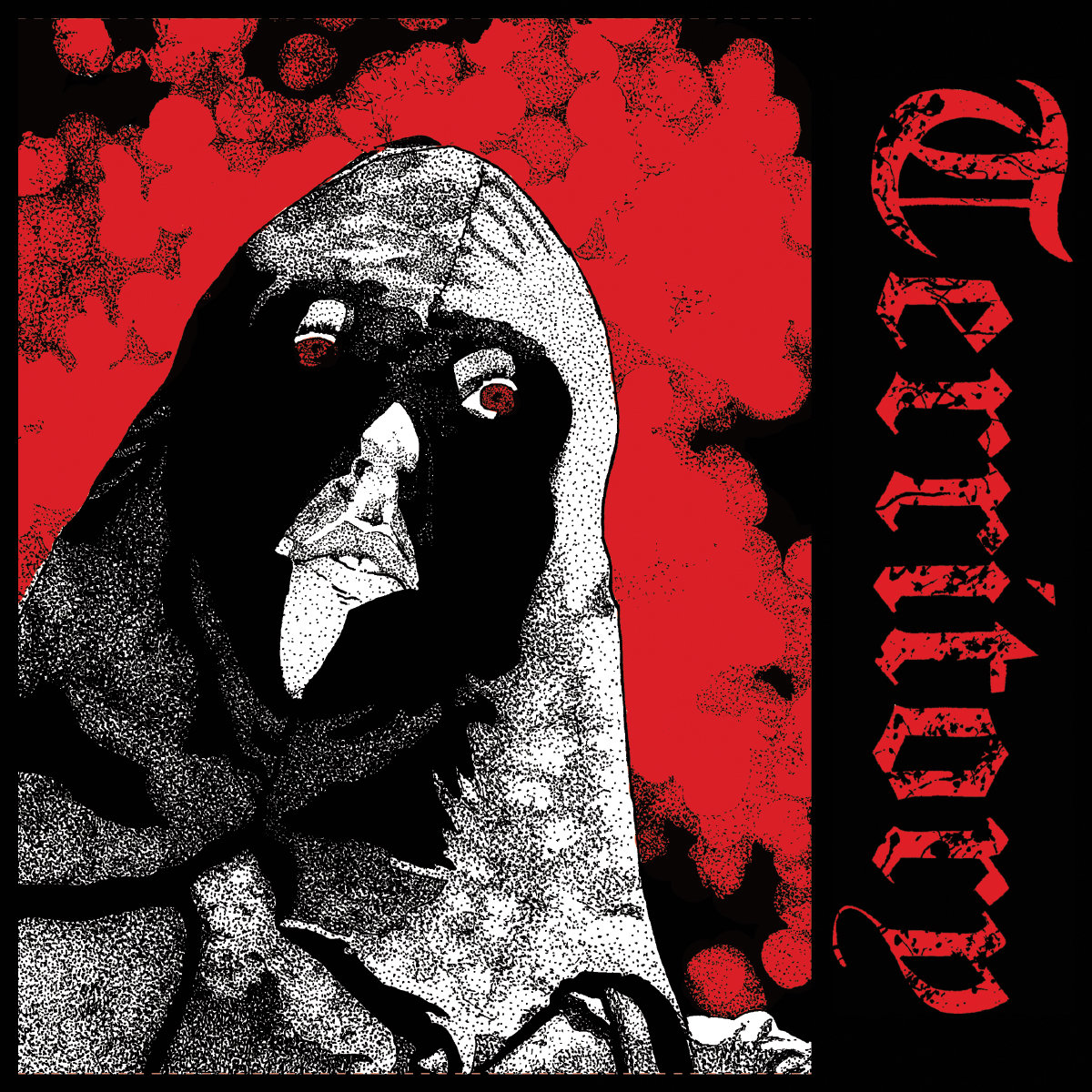 "A teaser of what's to come from Tucson, AZ's Territory with this 3 song 7" entitled "Blowback". The follow-up to their widely praised LP "Sic Semper Tyrannis", "Blowback" is a declaration of war from this coherent unit mixing 1990's hardcore, 1980's thrash and elements of death metal into explosive results."
Posted by Toxicbreed Labels: -Download, -Hardcore, Territory

Another killer demo out of Washington DC. In other news, water is wet.
Posted by Toxicbreed Labels: -Download, -Hardcore, -Punk, Collusion

Safe And Sound- The Tides 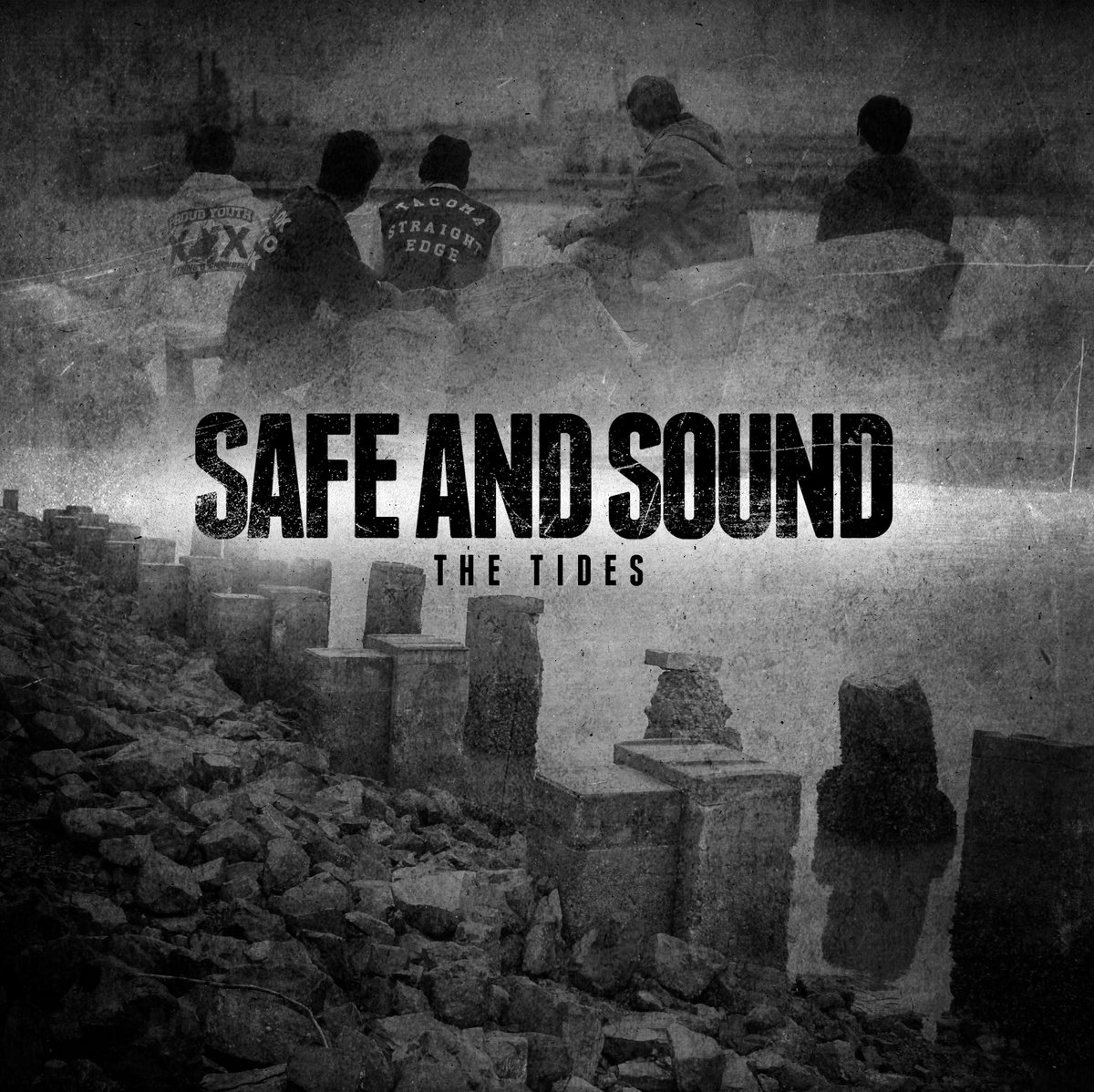 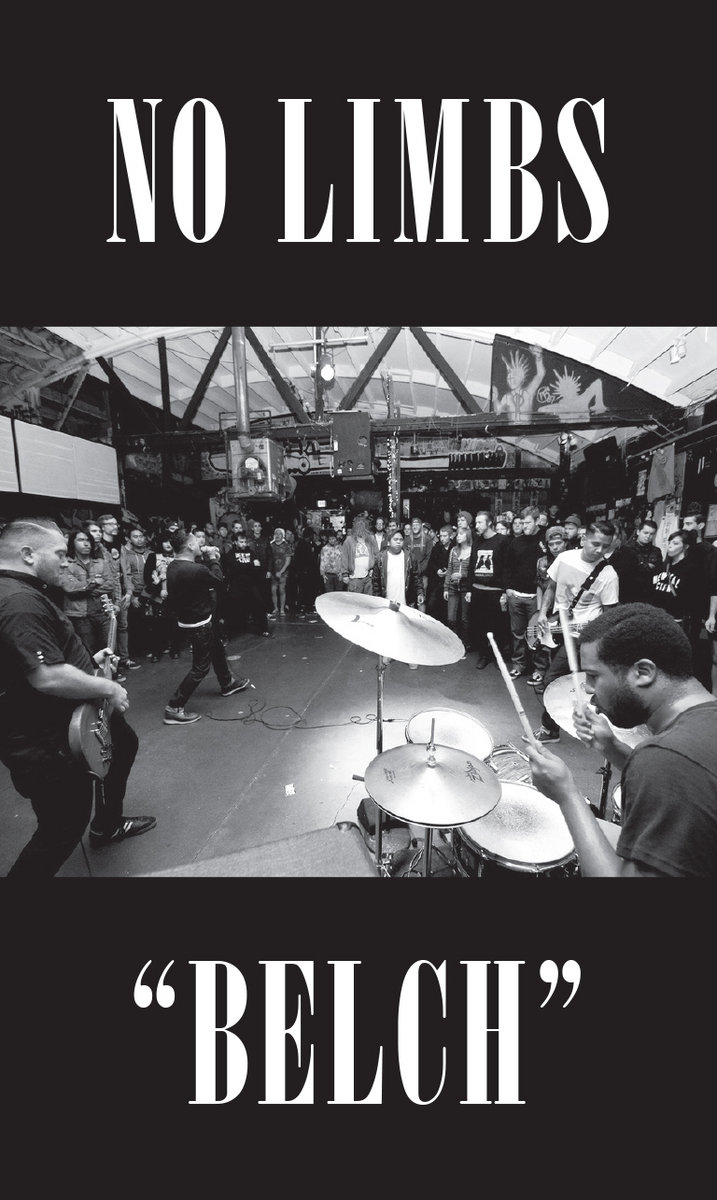 Absolutely killer band from Oakland, CA. Band is gearing up for a PNW tour with Living Eyes. Sent in by the label. NA'AMAH - The Sinner and the Saint Video/Song

NA'AMAH, whose members are spread over several continents, is a metal-infused hardcore band and is the project of BENCHPRESS guitarist Drew and drummer Paul, with Larissa from WOLFxDOWN on vocals and BARONXBONES videographer Max on bass. The band has released the first track off of their Punishment demo, accompanied by a music video.

NA'AMAH - THE SINNER AND THE SAINT from BaronxBones on Vimeo. 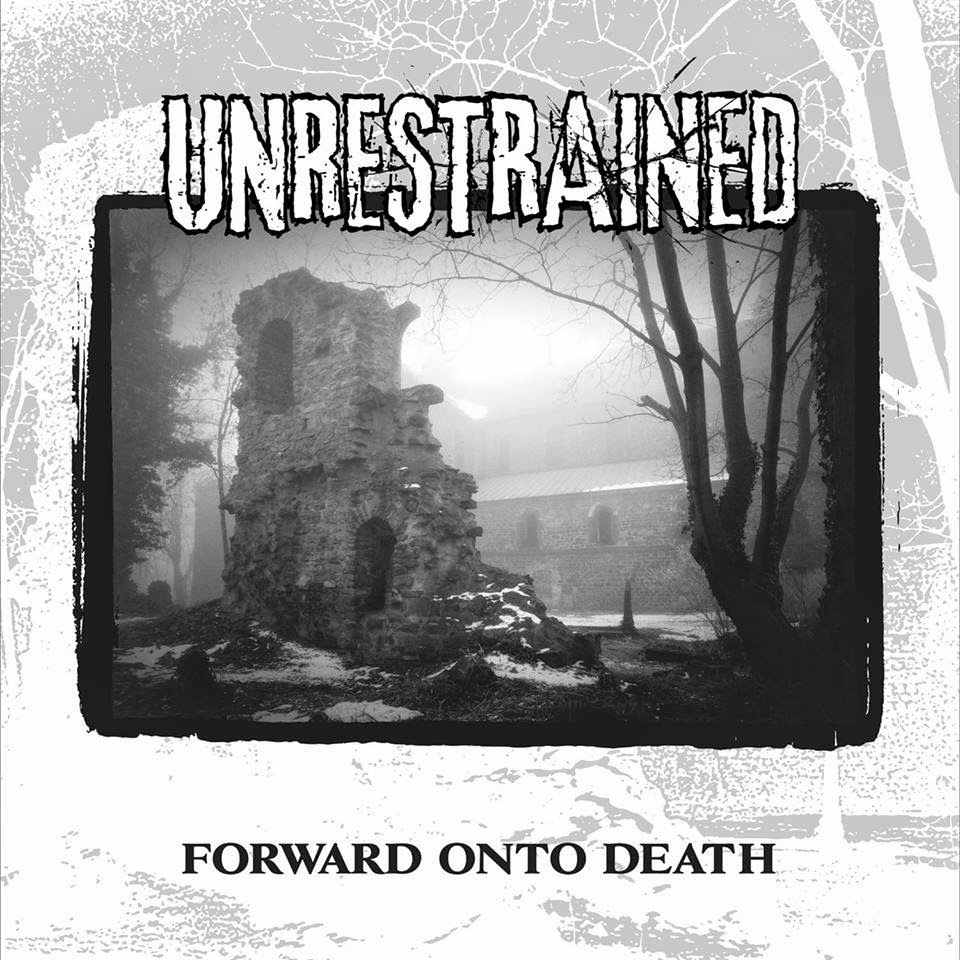 Every once in a while I'm introduced to a band that I absolutely fall in love with musically, Unrestrained from Oregon happen to fall into this category. I was given the pleasure of being introduced to this band back in 2009 and have been a fan since. Fast forward to 2014 and the band is unleashing their first length ever which is entitled "Forward Onto Death" which is now available for purchase on Trip Machine Laboratories. The bands debut full length is limited to 525 copies total, so act fast before they're gone!

Fans of 90's era Hardcore/Metalcore ala Unbroken, Undertow, Strife, Strain, etc etc should take notice of this release. Absolute banger front to back in my opinion.

Feel free to scroll below and check out the bands debut LP in full below. For those of you interested in reading the lyrics for this album, please visit the bands official blog regarding this release: http://forwardontodeath.wordpress.com/. Go catch their set at Rain Fest 2014 in Seattle, WA. Tickets are still available at Etix.com
Posted by Toxicbreed Labels: -Hardcore, -Metalcore, -News, #Stream, Unrestrained (PDX)