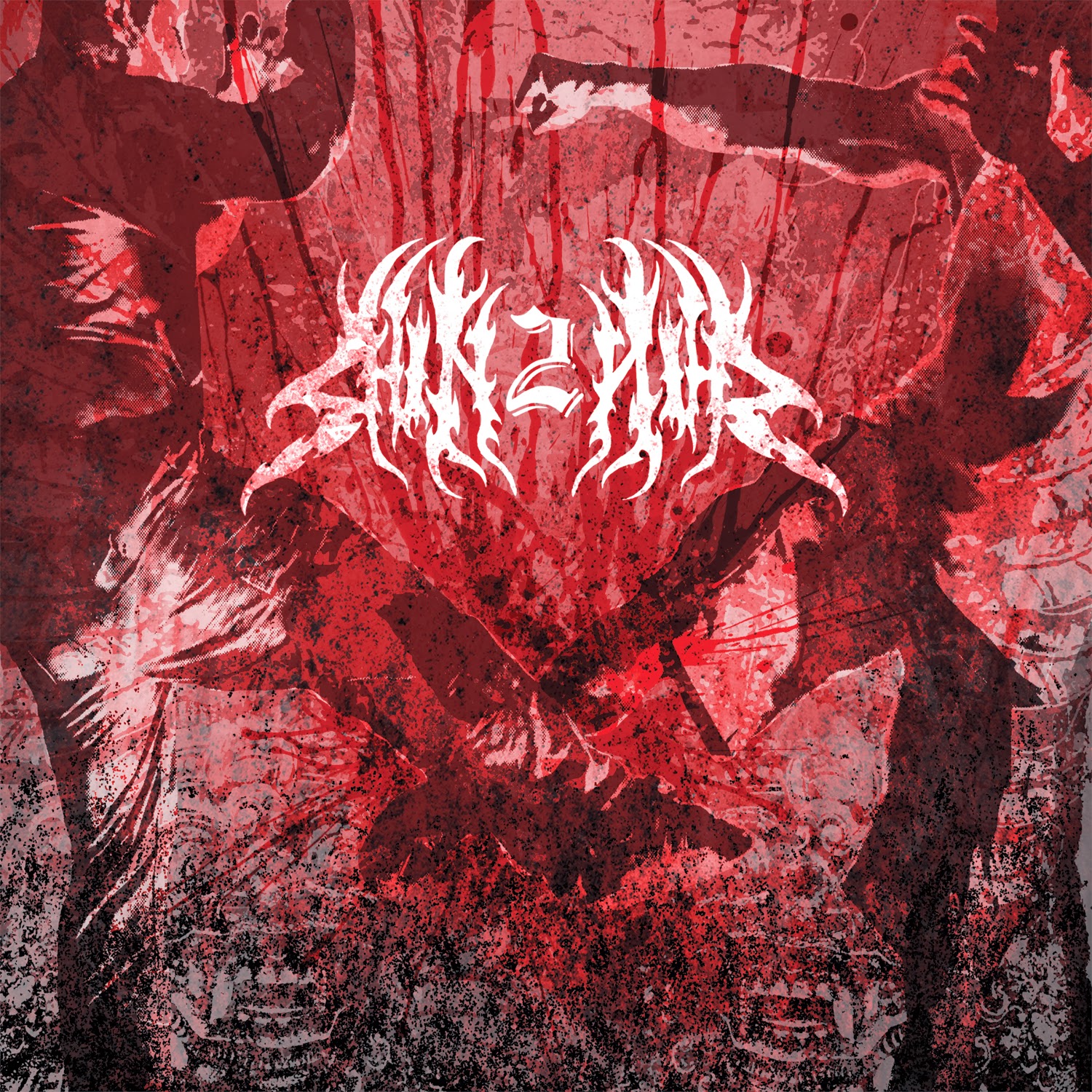 In recent years, the 90's metallic hardcore sound has seen quite the resurgence in popularity, through the efforts of newer bands such as Xibalba and Xaphan giving their modern take on the sound and also through classic genre originators such as Integrity and Ringworm finding themselves more active and prolific than they have been in years. It's with perfect timing indeed then that  unveils the debut LP from Shin To Shin, a solo project composed and performed almost entirely by Aaron "A2" Melnick, the drumming being the one exception. For those unfamiliar with Melnick, he's spent decades crafting some of the best riffs in metallic hardcore. From his time spent as the lead guitarist in Integrity where he contributed the insanely influential guitarwork in essential albums such as Systems Overload and Humanity Is The Devil, not to mention his hand in In Cold Blood and his various other musical ventures. It's easy to get excited thinking about a whole LP crafted by Melnick, and Shin To Shin's self titled debut LP delivers on that excitement in spades.


Throughout it's 8 song, 22 minute duration, Shin To Shin's debut is stacked to the brim with some of the hardest and finest riffs metallic hardcore has seen in sometime, unsurprising considering the pedigree of it's mastermind. Sounding like an unholy amalgamation of his previous band's, it's clear that Melnick spent alot of time crafting these tracks before laying them down to tape, and the end result is a collection of songs that embodies the best part's of 90's metallic hardcore in calculated blasts of fury, while not afraid to stray from the confines of that genre as well. A perfect example of this is album closer "Maia", a beautiful and haunting closing instrumental that almost feels like a reflection on the carnage that it follows.

Shin To Shin's debut full length not only meets the lofty expectations that come with who's involved, it far surpasses them. One can only hope that perhaps Melnick will find a few backing members and bring these exceptional songs to a live setting. Regardless, this is a top notch collection of metallic hardcore songs that are an essential listen for anyone even slightly interested in the genre, and comes highly recommended to say the least. Fever Dreams and Toxicbreed's Funhouse are extremely excited to bring you a brand new single off the bands upcoming album entitled “Life Has Departed”. After their 2012 effort “As Above, So Below” the band has gone through a handful of changes, the most significant being the departure of their singer. Vocal duties now taken over by the bassist (Andrew) and drummer (Jordan), Fever Dreams will continue as a three piece band.

In November of 2013 the band entered the studio with Taylor Young (Nails / Twitching Tongues) to oversee the recording/production process while giving mastering duties to Brad Boatright of Audiosiege. The album will see a summer release on vinyl by European label Sell Your Soul Records and on cassette from Australian label Whitewinter Records. Life Has Departed does not have a scheduled American release at this time. Album artwork was done by Derek Setzer. Blistering fast hardcore band out of Boston, MA with the occasional heavy breakdown for you fist clinching mosh warriors to go off on. EP clocks in at 10 minutes flat, with the "all killer no filler" I love about fast hardcore records. Highly encourage for any fan of Hardcore/Punk to check this out, I know Powerviolence isn't for everyone, but this band may be the exception to your hate bubble.

You're familiar with Bad Teeth Recordings and their back catalog of releases, so you know this will be good right off the bat.
Posted by Toxicbreed Labels: -Download, -Fastcore, -Hardcore, -Powerviolence, -Punk, Draize

Facebook
Year: 2013
Quality: 192kbps
Tracklist:
1. Break Out
2. Unstoppable
3. Sick
4. The Life That Chose Me
5. Under Attack
Get It NOW!
and if you like it, BUY IT!
Sent in by the band.
Posted by Toxicbreed Labels: -Download, -Hardcore, -Punk, -Youth Crew, Clarity

For those of you unfamiliar with the release, here's some background information. After a five year hiatus, the band entered the studio this past November to record at Origin Sound in Spring, TX (Bitter End, Iron Age, and many more) with Craig Douglas overseeing the engineering process. The EP was then shipped off to the legendary Audiosiege Studio's in Portland, OR for Brad Boatright (From Ashes Rise) to master it.

EP is due via a 7in vinyl release on Headfirst! Records, a CD release in South America by Vegan Records, and in Europe as a one sided 12" (with a bonus track) on Ugly and Proud Records.

Facebook / Bandcamp
Year: 2014
Quality: 320kbps
Tracklist:
1. Full Control
2. The Words
3. At-Risk Youth
4. Wait Of The World
5. Tried And True
Get It NOW!
and if you'd like it, BUY IT! (Scroll to the bottom of the main post)
Posted by Toxicbreed Labels: -Download, -Hardcore, -Punk, Adult Crash 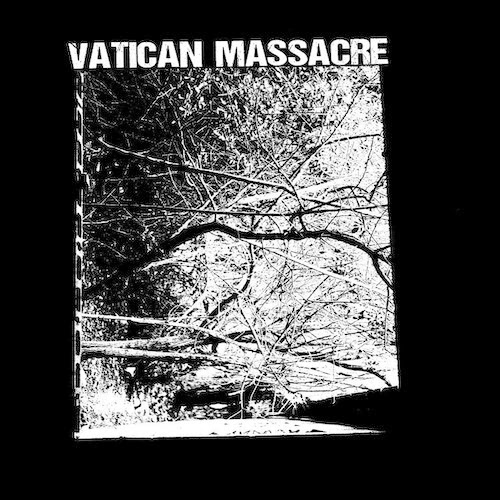 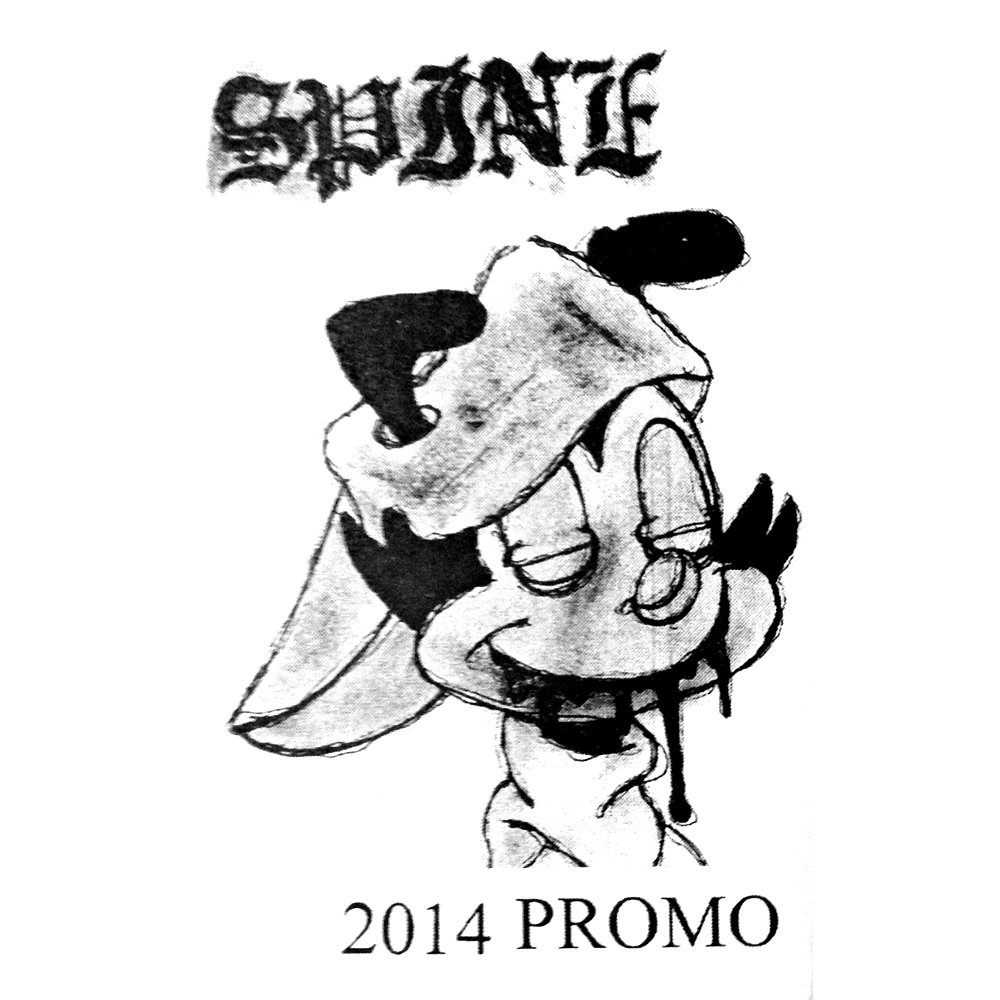 
LP due out on Youth Attack Records later this year. Bar none one of my favorite bands out of the Midwest right now, highly encourage to snag this right away.
Posted by Toxicbreed Labels: -Download, -Hardcore, -Punk, Spine 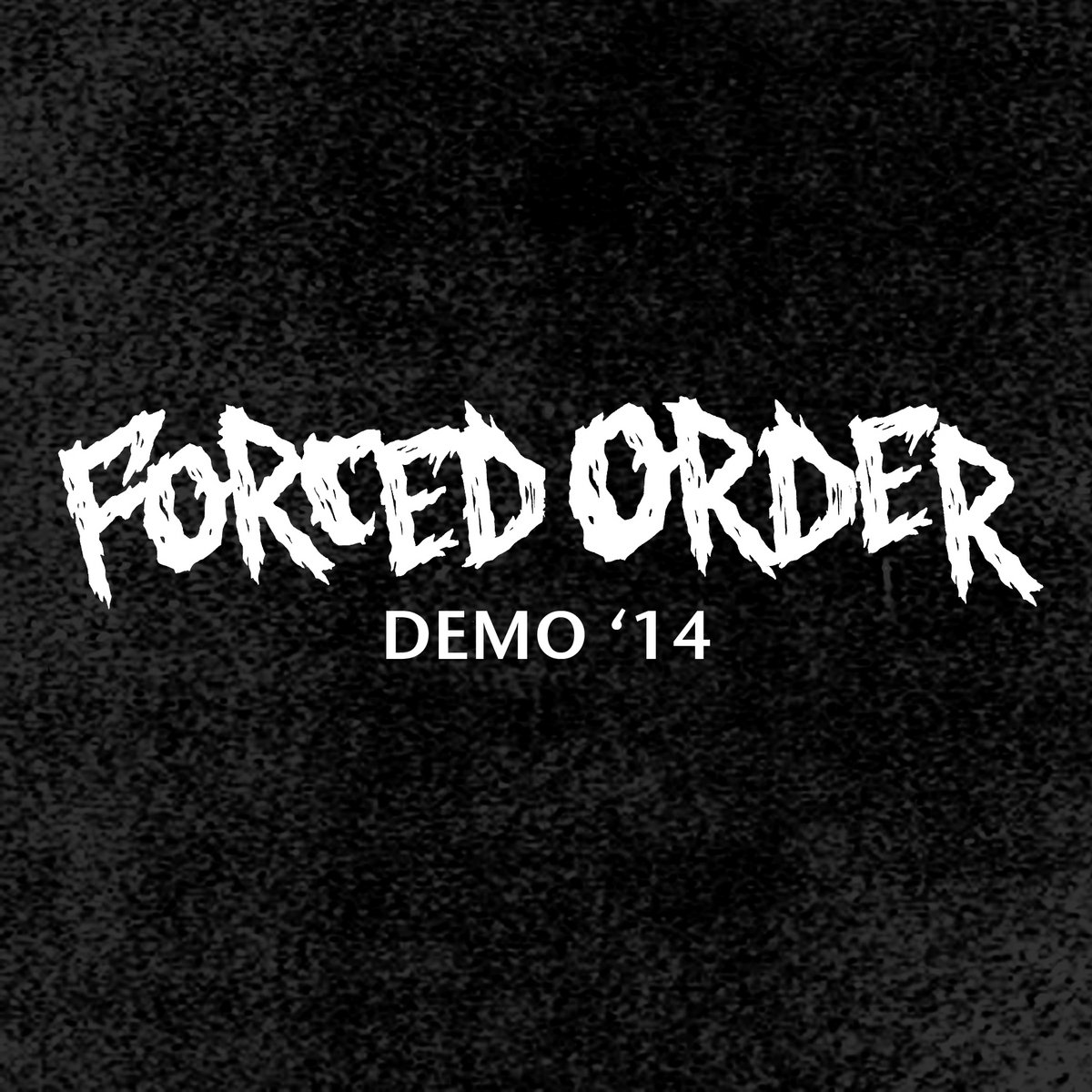 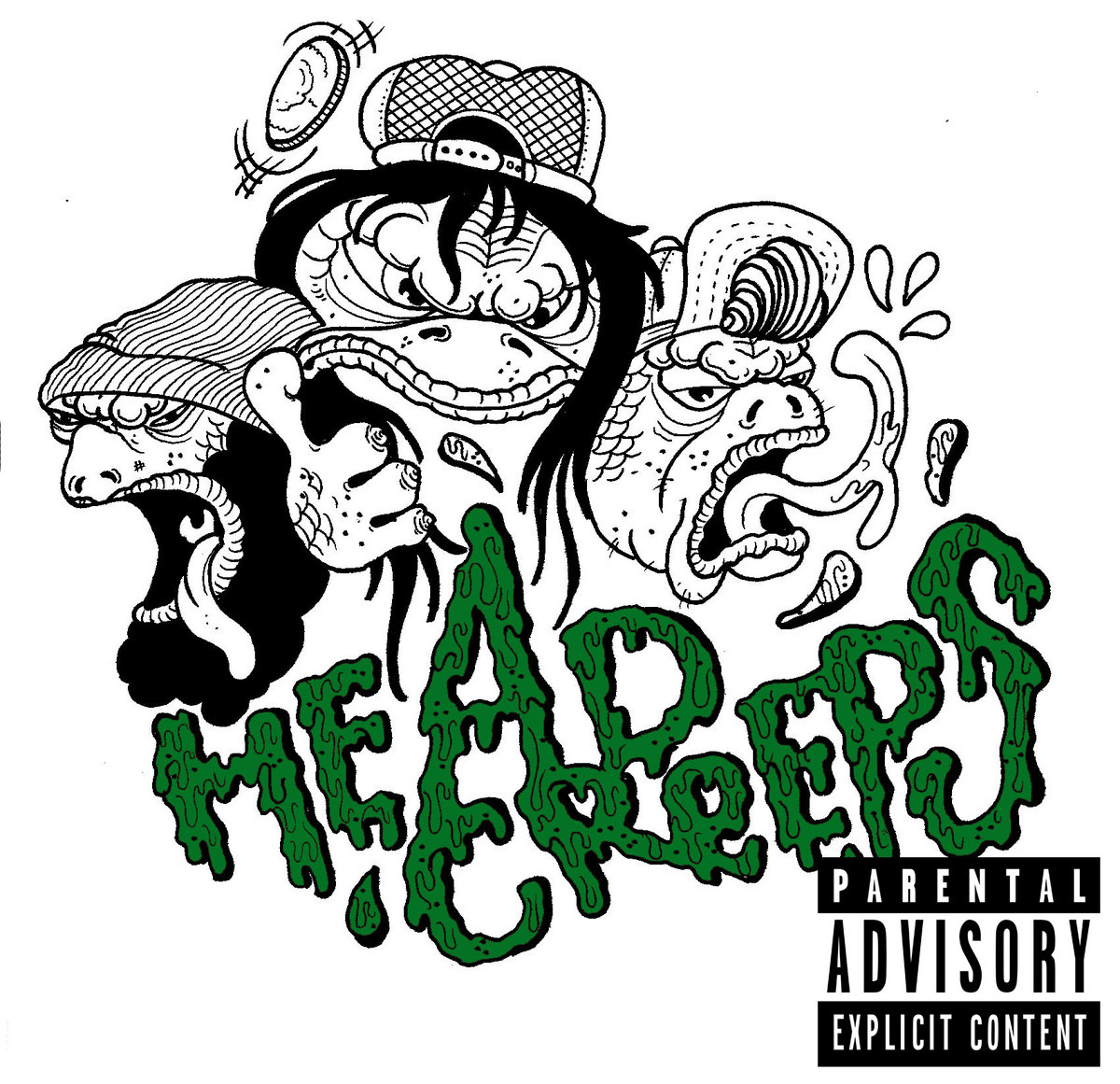 
5. Circuit Breaker
Get It NOW!

Stream:Host-Death Will Claim These Tired Bones 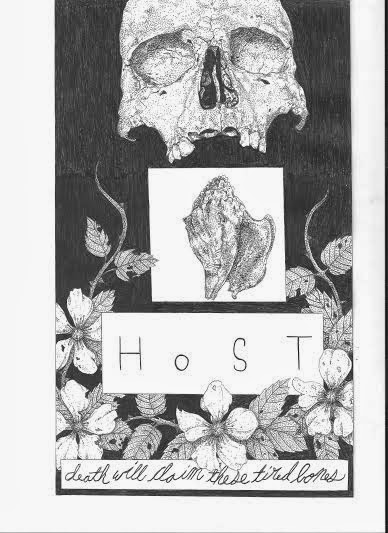 It was a real shame when New Hampshire hardcore unit Host called it quits last year, as the material they had released up to that point was quite promising. Before disbanding, the band recorded an LP that would serve as the final offering from the band, and today it has been released for streaming/donation download via their Bandcamp. Not only do I highly recommend checking this album out if you are a fan of dark crust influenced hardcore bands such as Cursed, His Hero Is Gone and Surroundings, but all the money from bandcamp donations the band receives will be going to an incredibly good cause as well, as you can read straight from the band themselves:

Unlike prior releases this will not be downloadable for free. Are we greedy, capitalist sellouts? Maybe...
But actually all proceeds from this album will be going to help a friend in need with some seriously expensive medical costs. Learn more about Ana's struggle here:

A large amount of money has already been raised in an effort to help Ana survive her pancreatitis liver failure, however it is mere pennies in contrast to the overwhelming cost of treatment.

Please help out and buy this album!

(Hint: the minimum price is much lower if you just go ahead and buy the whole album, but feel free to donate however much you would like)

You can stream the album via bandcamp below, and please consider donating to a great cause! 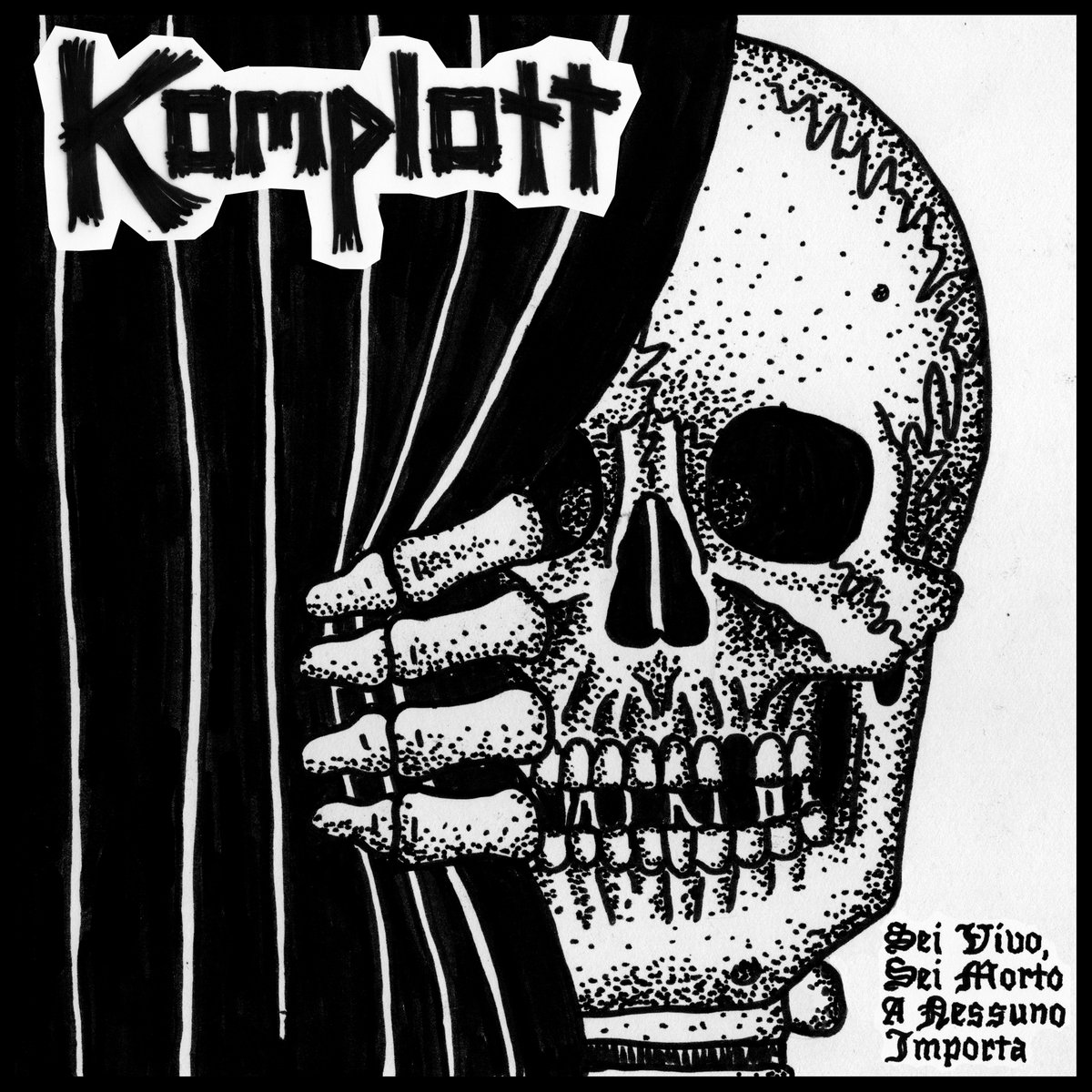 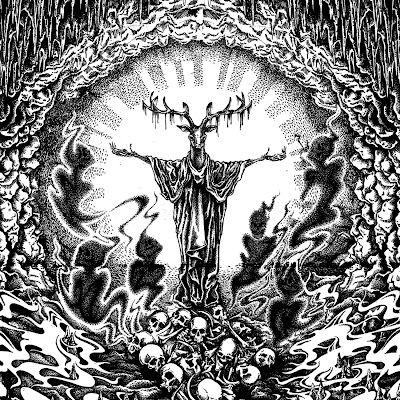 The time is upon us! We're extremely excited to bring you a full EP stream for Pennsylvania hard hitters Black Mask. The 4-piece have returned to form with their new EP entitled "Lost Below". PA based label GTR Records will be officially releasing the bands EP tomorrow (2/4/2014) and preorders are up right now!

I'll save everyone the hassle of having to read a dragged out write up about an album, but I'll say this. If you're into absolutely killer tunes then I highly suggest checking out Black Mask. Gritty down-tuned guitars, technical drumming, and pissed off vocals. What's not to like?