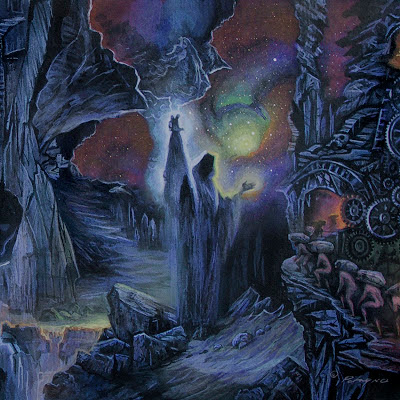 Well, holy hell. No sooner did I think the Texas crossover assault of 2013 was over and done with with the release of the outstanding new Power Trip LP Manifest Decimation that I open up my email inbox to a review copy of one of the most anticipated LP's of the year, Mammoth Grinder's immaculate new 10 song LP Underworlds. Underworlds has been a long time coming and the wait was worth every single second. These 10 songs are the heaviest and most dynamic material the band has served up to date. It serves as a culmination of all of the sounds the band has explored previously in their past releases, from the raging hardcore punk fury of Rage and Ruin and No Results to the punishing straight up death metal of Extinction Of Humanity and their split with fellow Texas powerhouse Hatred Surge. It is in this focused and developed sound that Mammoth Grinder have really hit their stride: These songs are likely to incite just as much hard moshing as headbanging and everything inbetween. 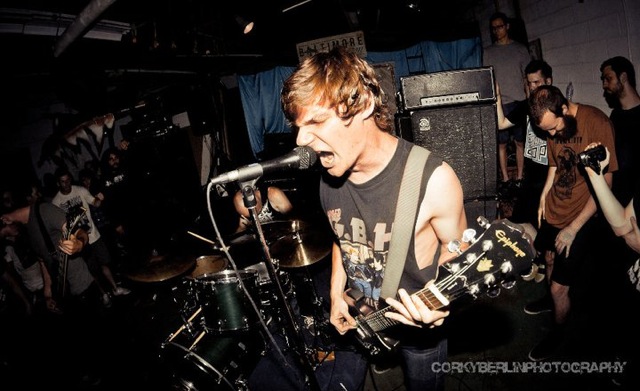 Storming right out the gate with the opening title track from the album, the band constructs a sound that takes the metallic hardcore of Leeway, the crusty d-beat fury of Discharge and the hardened death metal attack of bands such as Entombed and turns it into a dynamic listening experience that is immediately gripping and impossible to ignore. Devoid of any interludes, sound samples or other needless filler, the band serves up a seemingly unlimited number of amazing riffs that will be stuck with you for days on end. The vocals are heavily distorted and soaked in reverb, a perfect combination that helps to set the raw and atmospheric tone of the record. Mammoth Grinder are a true bastion of the school of no gimmicks and no bullshit: The band simply serves 10 of the best metal/hardcore songs heard in recent memory and rips through them like they were born to do it. In fact, this is obviously a record made by a band in their prime, and the pure determination and focus at which they weave their craft is something to be truely admired. 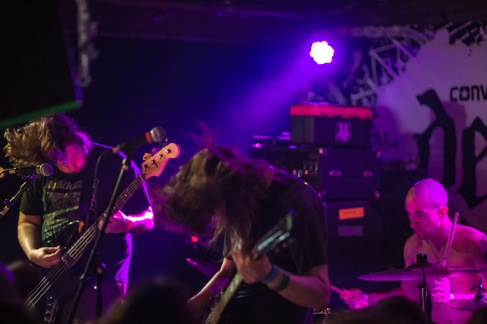 It's been a long, almost agonizing wait for Underworlds, but the wait will soon be over for the general public and I am hear to tell you that it's been more than worth it. It took me a while to come up with the exact words to describe how good this record is but like with many things, it's just something that you need to hear for yourself to understand. Texas has always had a stronghold on crossover/metallic hardcore and it seems that crown will remain for some time to come. Underworlds will be dropping July 23rd on CD/LP/Digital Download via 20 Buck Spin Records.

Purge- An Exercise in the Fundamentals of Unorthodoxy 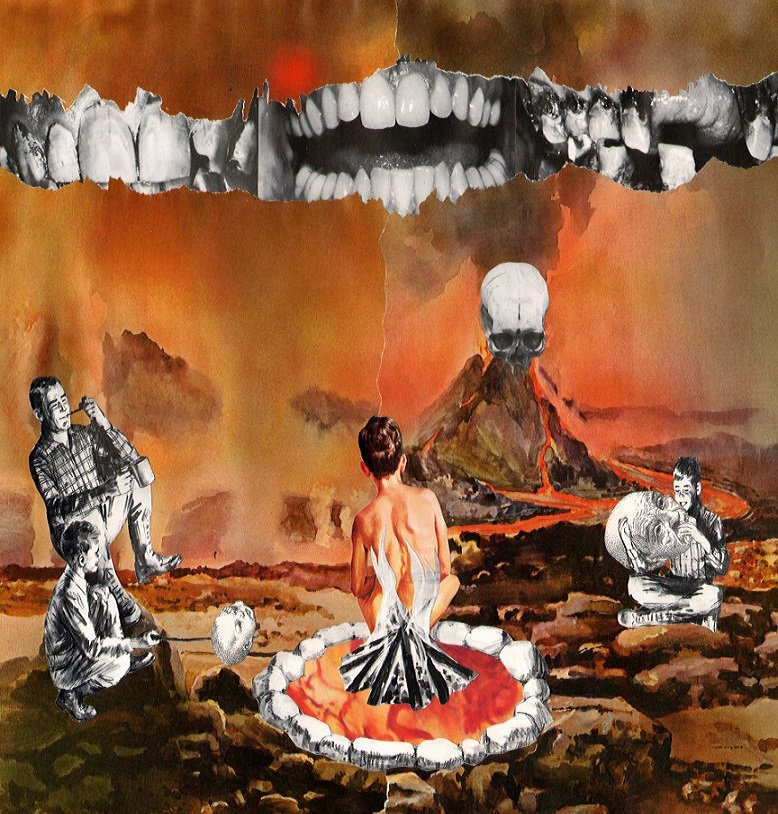 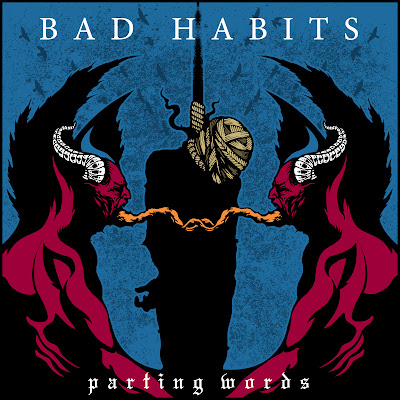 Holy- The Age Of Collapse 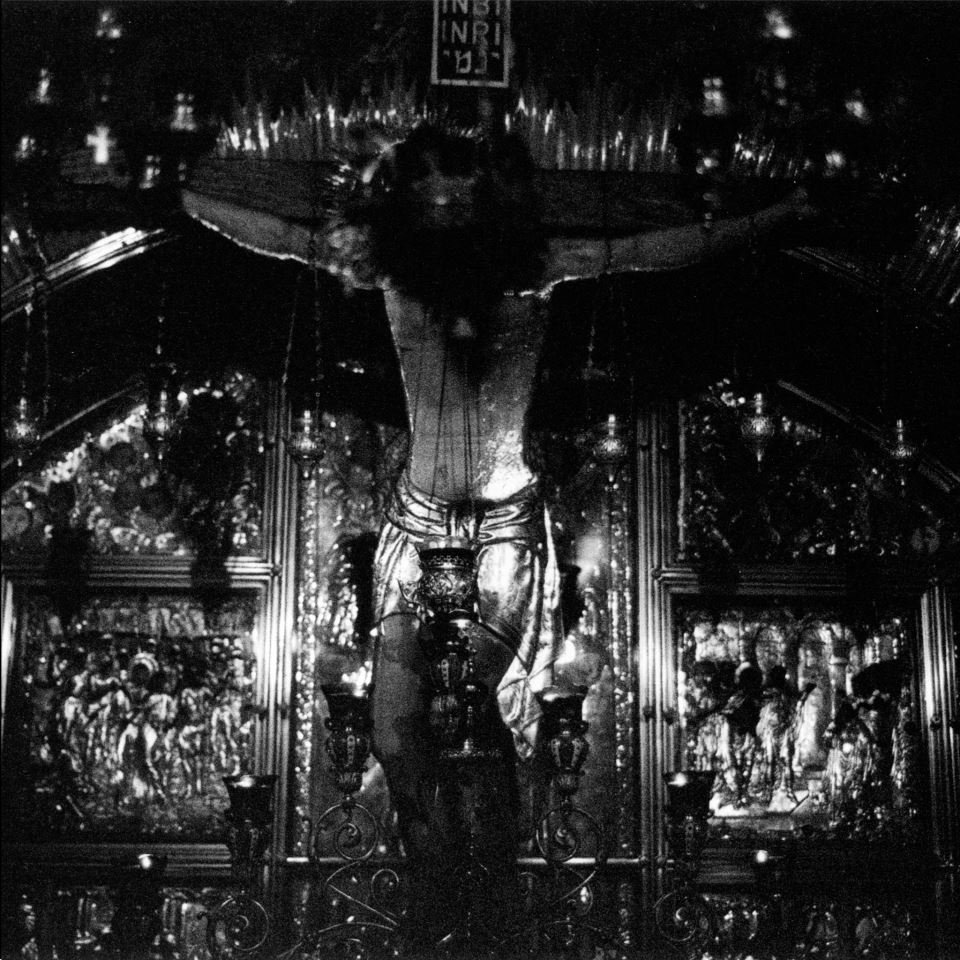 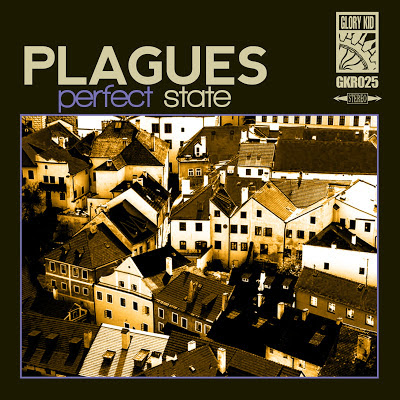 If you are looking for some vicious and energetic metallic hardcore, look no further: Southern California's Plagues just released their debut EP for Glory Kid Records and to say it's an absolute fucking rager would be an understatement. Clocking in at roughly 12 minutes, Plagues rip through the 6 songs on this EP with the intent of a band on a mission of total destruction. Melding the sounds of powerviolence and 90's influenced metallic hardcore is something this band has already grown quite proficient at in their steady stream of releases, and this EP finds them at the top of their game on all fronts. Small flourishes make sure that each of these songs sound unique apart from the rest, such as the melodic guitar intro on "Third Helix" (reminding me of Converge's classic "First Light" opener in the best way possible) or the crusty hardcore influenced riffs that follow the intense intro of album standout "Falter" that bring to mind Tragedy at their finest. Each song has it's own standout moments however, and this proves to be an EP that shows an incredible amount of promise from an up and coming band that is sure to turn heads. I'm most definitely looking forward to whatever the band may put out next as well as hopefully catching them live in the near future, and experience I'd imagine is quite intense. Overall, fans of heavy hardcore would be unwise not to check out this great record. Along with the purchase link provided below I have also included a link to a full stream of the EP as well (courtesy of cvltnation). 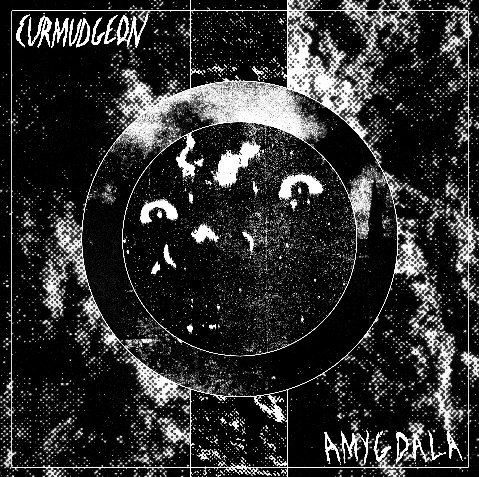 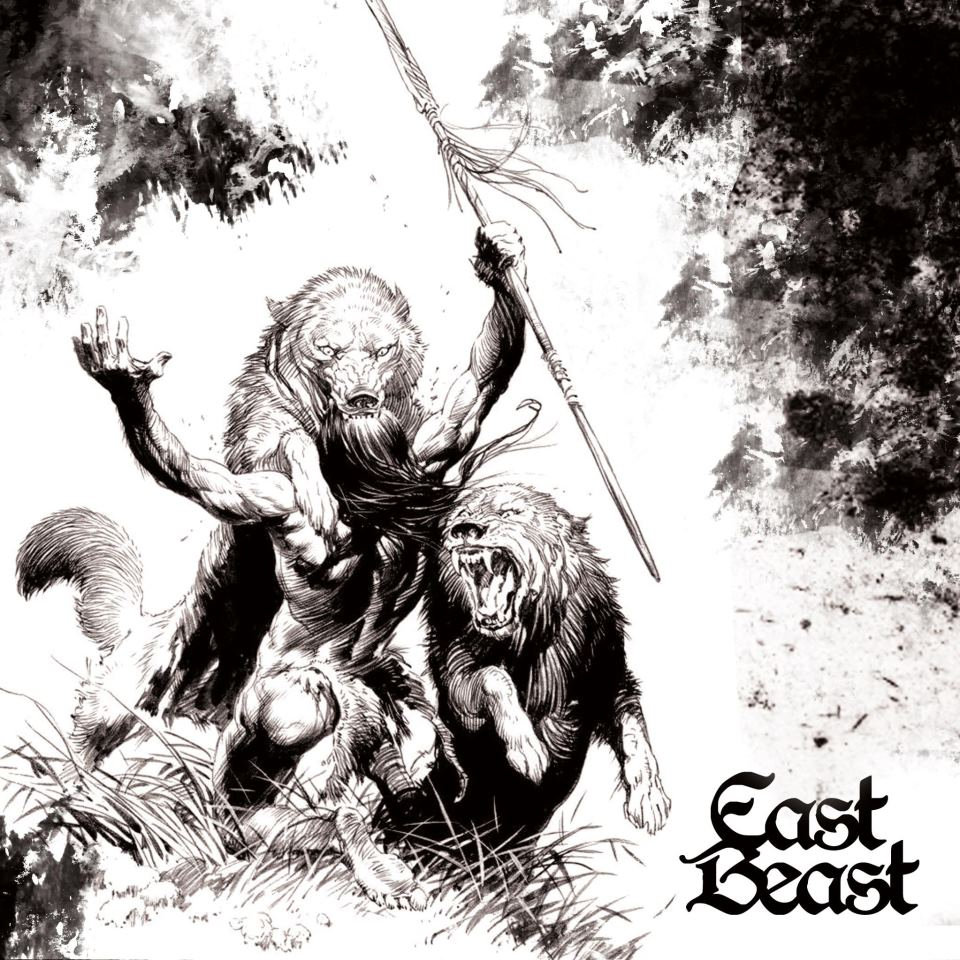 Truth- Where I Stand 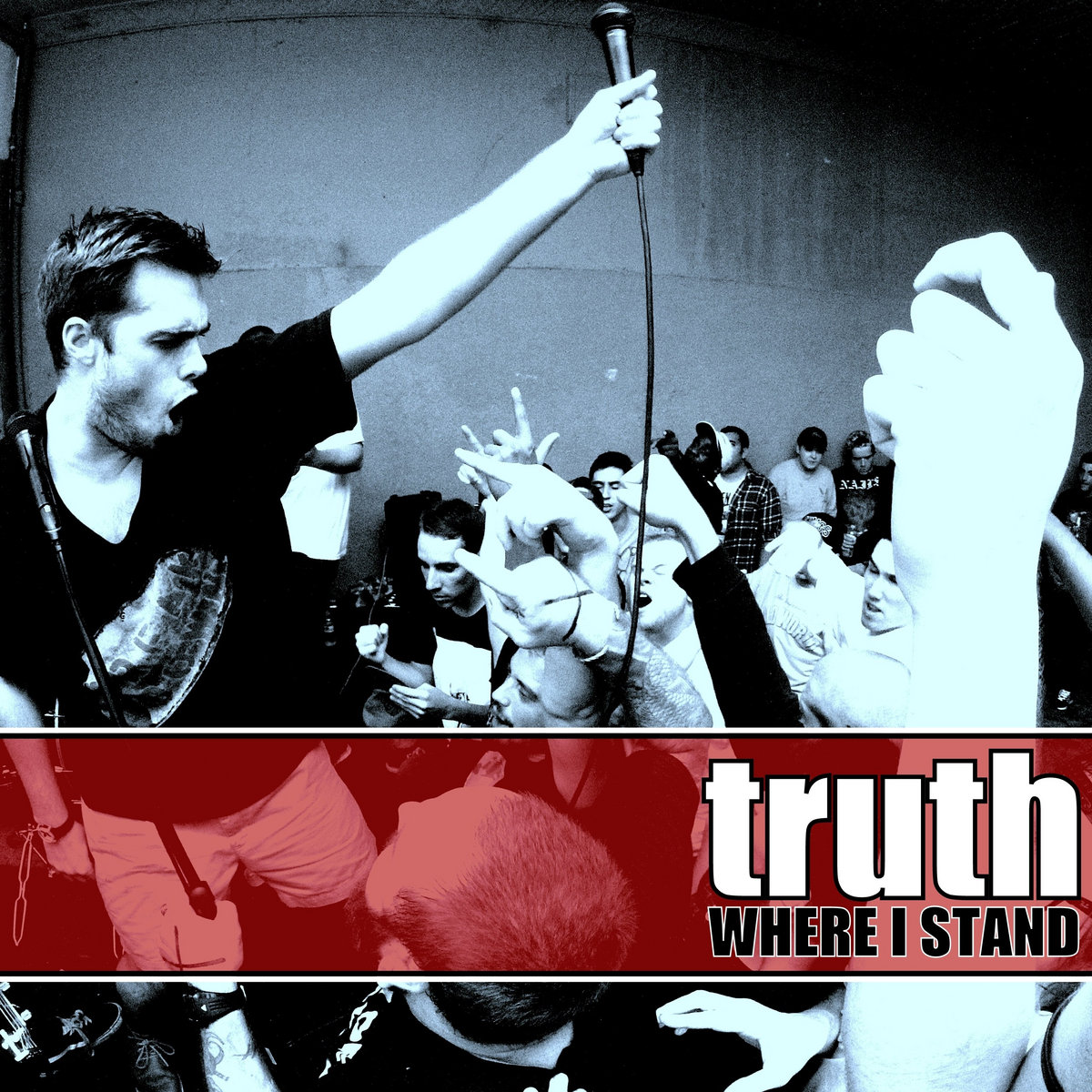 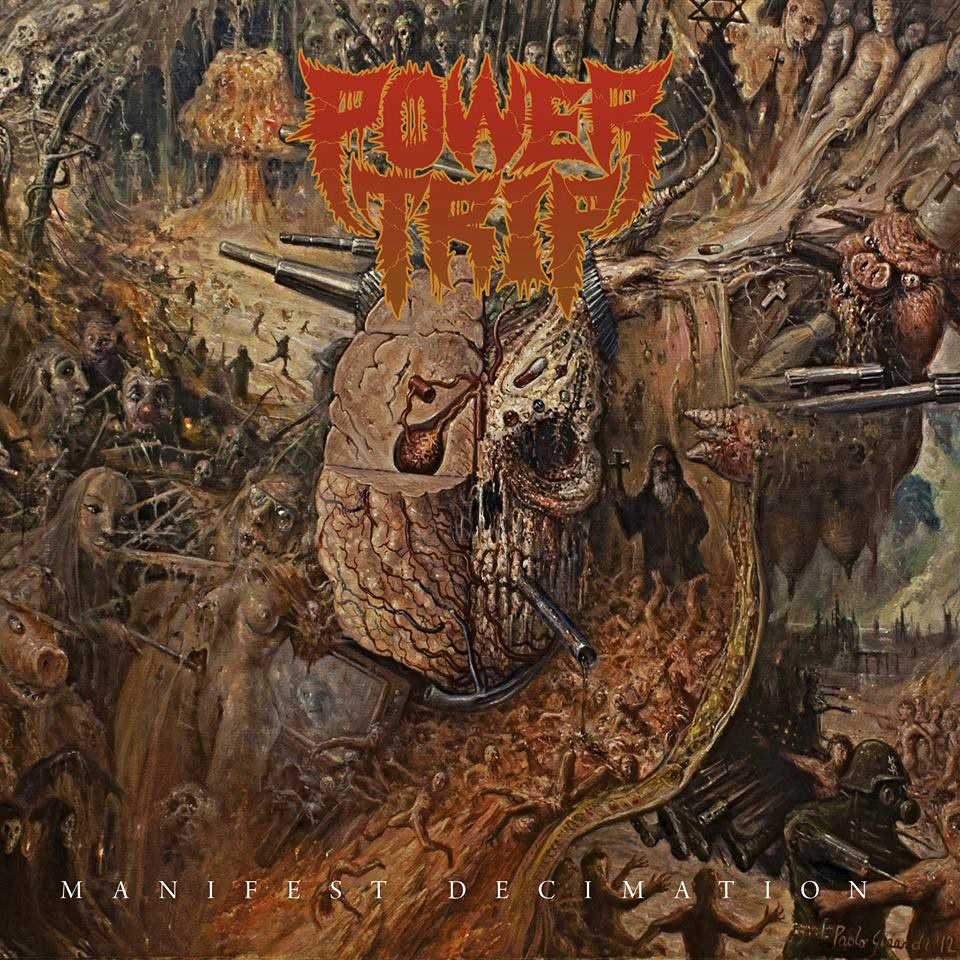 We are extremely excited to bring you this exclusive interview with Riley from Texas based Thrash wizard's POWER TRIP. The bands debut full length entitled "Manifest Decimation" is officially out TODAY via Southern Lord Recordings. Check out our interview with Riley and a stream of the full album below!

TBFH: Manifest Decimation is officially on the street as of today, so far it has received incredibly positive responses from those who have had the chance to check it out. As a band what did you guys set out to accomplish with Manifest Decimation?
Riley: I don't think we set out to accomplish anything than put out a record we were all collectively proud of. Most of us, with the exception of drummer Chris Ulsh, haven't ever recorded a full length before. We just wanted it to be good, to us.

TBFH: Where was the album recorded and what was everyone’s mindset going into recording the album?


Riley: It was recorded between Philadelpa, PA, and Denton, TX, with Arthur Rizk and Daniel Schmuck, respectively. The only mindset was to make a kick ass album that would (hopefully) make people want to headband and commit random acts of violence.

TBFH: Musically, how do you feel about the growth of the band since day one?
Riley: We've just gotten better as a whole. Blake and I were very young (16 & 22) when we started the band. If you listen to our releases from the demo and through MD, you can see where we started out as kids who clearly loved crossover/metallic hardcore, but fumbled around with it more than played it well. Now we've learned to actually write some heavy music without needing all using influences as an obvious crutch. We've found ourselves as musicians, songwriters, etc., and just gotten better at it. I feel like we still have room to grow, too.

TBFH: This album lands as your debut album as Southern Lord artists. How did working with Greg and crew come about and how has your experience as SL artists been so far?


Riley: It's been great. Two of Greg's friends, Sam Velde, who does Power of The Riff, and the riffman himself, Todd Jones, just put in the good word to Greg that we were worth checking out. He did, liked the songs he heard a lot, and that was that. He locked us down as quickly as he could. So far, it's exceeded every expectation I have had.

TBFH: It seems like you guys have been touring a lot more compared to years past, do you foresee Power Trip becoming a relatively full time touring band?
Riley: To be honest, it's a maybe. We'll see. I'm 27 now, and I don't ever look too far into the future. I mean, I've got decades of touring left in me. I still want to see the world and I feel like the only way I'll do that is with this band. But grinding it on tours to try and make a living is fucking tough, you have to be at that shit for close to ten years before you really reap the benefits. I have two dogs at home. I want to go back to school eventually. I've actually got a million unforeseeable goals in my life and plenty of them involve Power Trip. But touring the majority of the year as opposed to a few months to keep things fresh... I won't know until I get there. I try not to be a selfish guy. If the people demand it, then so be it.

TBFH: If so, where would you like to tour in the future?
Riley: Everywhere. Space.

TBFH: Now onto some more personal questions, what was your first hardcore/metal show you attended and what was the first album you purchased?
Riley: I think my first full-on, self-aware-that-im-attending-a-hardcore-show was probably American Nightmare and Glassjaw, or Strike Anywhere & Good Riddance, both were at the old Galaxy club in Dallas, I believe they both happened in 2002. I had been to lots of punk and metal shows around that time, and it was so long ago and I have such a bad memory, it's hard to say what was the exact first gig. I think the Bad Brains ROIR CD was the first hardcore record I purchased, but at the time I thought they were "just" a punk band. I was 16, and my aunt in California bought it for me.

TBFH: In a year where it seems like there are a million new bands every week, what newer/young bands have been keeping your attention as a listener?
Riley: I don't know when the window closes on "new/young" bands, but this is what popped into my mind: Back to Back from Houston. Keep an eye out for them. Mean, sarcastic, and they rip. Straight up USHC. Violent Reaction from the UK is phenomenal. HOAX is still a really compelling band to me. I saw lots of stuff at Chaos that got me so stoked, but it would take too long to discuss them all. Wiccans. Impalers. Magic Circle. Infernoh. Minus. Kromosom. Cleric. Satan's Satyrs, Sick Piliot. New Hatred Surge is my favorite record so far this year.

TBFH: Thank you for taking the time to do this interview, if you have any final words feel free to add below.
Riley: Toxicbreed has been backing us since day 1 and hasn't stopped... So for that, and anyone reading this, buying our album, stealing it, whatever... THANK YOU.