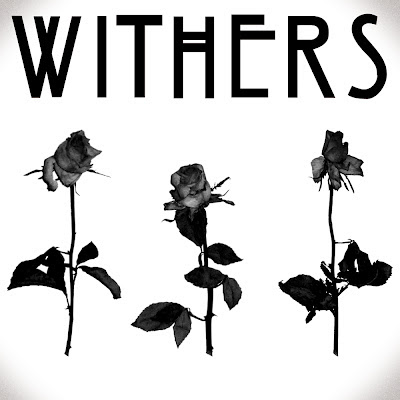 Withers are a fairly new band from Austria who are very likely to turn heads with this debut self titled EP. Featuring 3 songs of crushing chaotic hardcore, this band brings to mind the spirit of late 90's metalcore classic albums such as Cave In's Until Your Heart Stops and Converge's Petitioning The Empty Sky with it's breakneck pace and plethora of meaty riffs to digest. Like the EP itself I am going to keep this review short and sweet: put simply, anyone into the aforementioned bands/albums as well as likeminded bands such as Cursed, Rise And Fall, Trap Them and others would do well to check out the two songs streaming now on Withers bandcamp (linked below) and consider purchasing a copy of the release (also below). Very excited to hear more material from this very promising up and coming band. 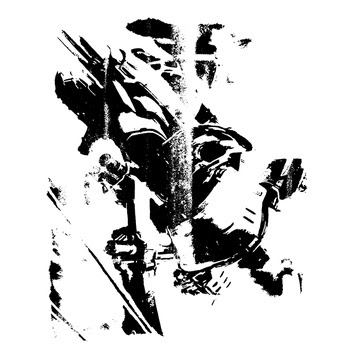 Ages- Sleep On It 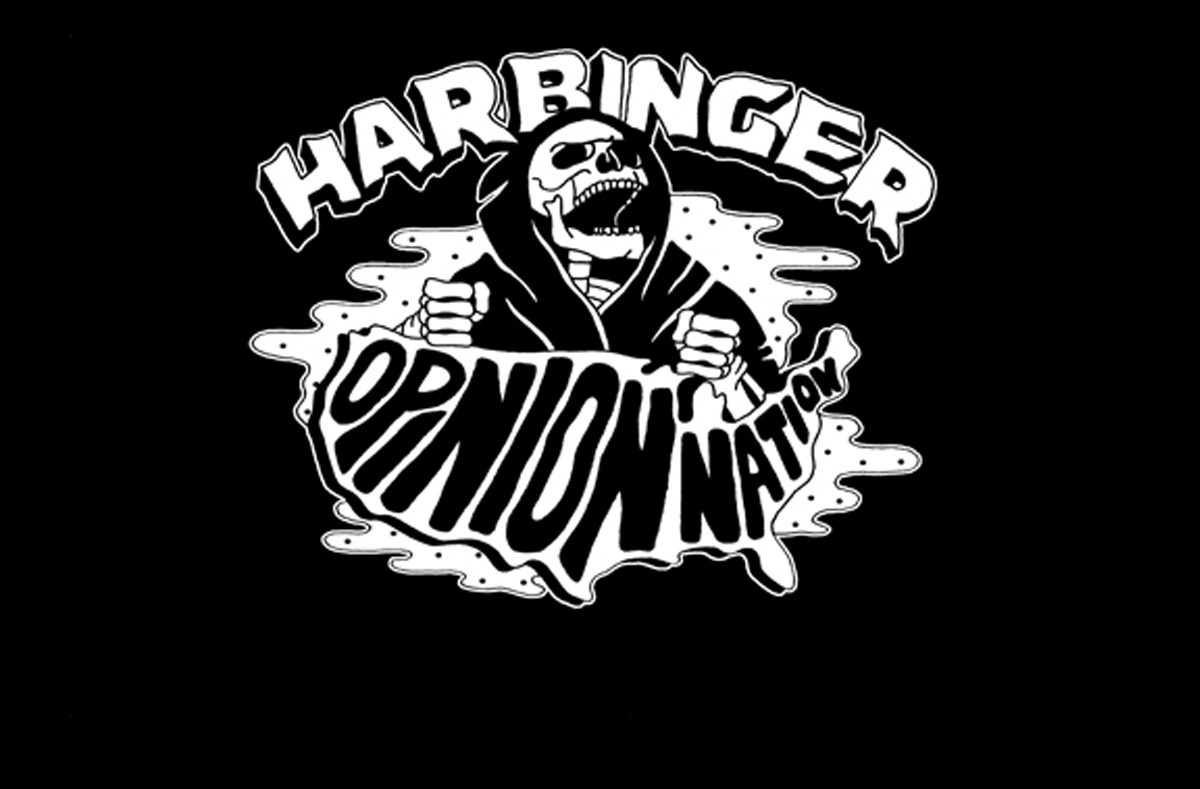 Facebook
Year: 2012
Quality: 320kbps
Tracklist:
1. I Can't See
2. Crawl
3. Opinion Nation
Get It NOW!
and if you like it, BUY IT!
Posted by Toxicbreed Labels: -Download, -Hardcore, Harbinger 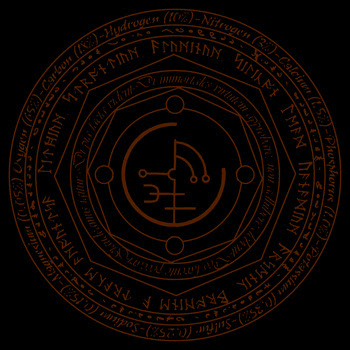 The first and unfortunately final LP/record from Tampa's finest grind export CELLGRAFT. If by any chance you are reading this and live in Florida area, make sure to check out their last show come September 1st: 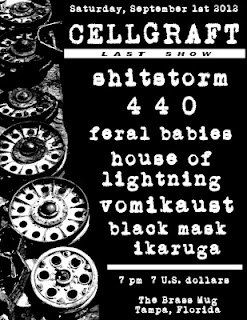 We are happy to bring you a brand new music video from our friends in State Faults. Sleeptalker is off the bands debut LP entitled Desolate Peaks which is available through Tiny Engines now! Filmed and edited by Lukas Hodge.
Posted by Toxicbreed Labels: -News, -Post Hardcore, -Screamo, State Faults 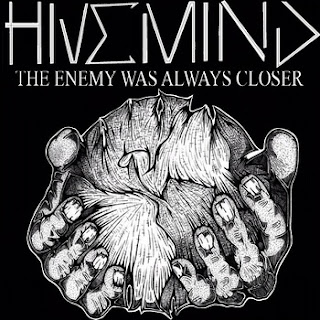 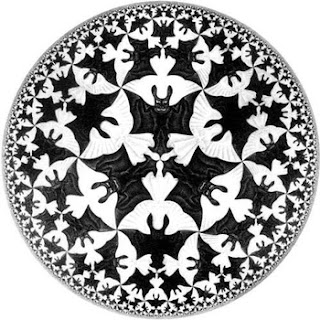 I was lucky enough to be one of 25 to pick up Xibalba’s newest release and first debut for new label Southern Lord Records this weekend at Sound and Fury (The street date for this is scheduled for 8/14). And upon the first notes of the opening track “No Serenity” it is apparent that the band went all out. Combining a blend of Disembodied, Crowbar and Sun 0))) on steroids that kicks you right where the sun don’t shine this album is a nonstop head banging, pit ready delight, Even the lyrics for the album mirror the sound with, “No soul, no identity, no peace, no serenity, doomed to walk this earth til our dying day” being one of the standout lines for me. The title track “Hasta La Muerte” sounds like vocalist Nathan Rebolledo is screaming ancient Mayan/Aztec curses at you in Spanish and is by far the angriest thing I have heard in a while. The tracks that really blew my mind were “The Flood” and “Lujuria”, “The Flood” serves as a 5 minute interlude in which could also double as the score for Indiana Jones and the Temple of Doom, the song sounds like an ancient tribe is coming for you. “Lujuria” stands out as the albums longest track at 8:24 and is the most abrasive and hard hitting, even leaving room for a breakdown 6:30 into the song that is just a final surprise before heading into the closer of the album and now staple in their set “Cold”. All in, this entire album shows that the band has come a long way from their previous efforts and will become one of hardcore and metals heavy hitters. So on August 14th be prepared to listen to the heaviest album in a long while.
My Rating: 10/10 (on my 6th listen of this album since Friday and it only gets better)
Preorder A Copy Here!!!
Posted by xpartyonx Labels: -Dark Hardcore, -Review, Southern Lord, Xibalba 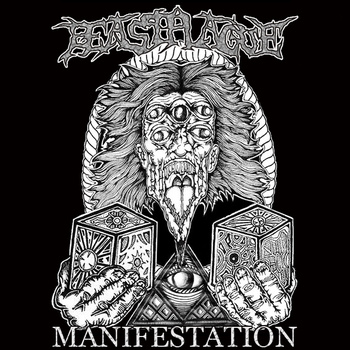 2012
Facebook
Tracklist:
1.Lapse Of Sanity
2.Crown Of Scorn
3.Born Of Sin
4.Drained Of Life
5.Labyrinth Of Torture
6.World Of Filth
7.Feast Of Locusts

Trey the Ruler- Self Titled

Facebook
Year: 2012
Quality: 320kbps
Tracklist:
1. Triumph of My Will
2. Broken Silence
3. World Misery
4. Excess Humanity
5. Three
6. Forever War
7. Interfeud
8. Blood Feud
9. Throne
Get It NOW!
and if you like it, BUY IT!
Posted by Toxicbreed Labels: -Download, -Hardcore, Territory

Brand new unreleased track from the legendary HARVEST. Track will be featured on the second volume of the All About Friends Forever compilation series.
Posted by Toxicbreed Labels: -Hardcore, -News, #Stream, Harvest

A389 Recordings is proud to announce the release of a new single by NOLA sludge legends EYEHATEGOD.
Between touring in EYEHATEGOD and their numerous affiliated projects, the band has been slowly stacking up new demo material to put towards an upcoming album. You may have heard a few songs in the band’s live set as of late, including the recent staple ‘New Orleans Is The New Vietnam’ which will make it’s recorded debut via this new 7” release due on the street by late summer.
When asked how this pairing came to be, EYEHATEGOD guitarist/founder Jimmy Bower explains ‘We played A389's Anniversary party a while back and they do really cool releases, so we figured let's do a cool 7" before the new album’. A389’s Domenic Romeo continues ‘It’s been amazing watching this band refuse to release anything sub-par, and just take their time with their new material making sure everything is dialed in just right. This new single is a great indication of what’s to come.’
Watch a live performance of EYEHATEGOD ‘New Orleans Is The New Vietnam’ here: http://youtu.be/bfyEeeuQb_M
EYEHATEGOD is about to embark on a European tour, which will be followed by a slew of west coast US dates. See below for full listing.
EYEHATEGOD 'New Orleans Is The New Vietnam' 7"
Coming This Summer on A389 Recordings
www.a389records.com
www.eyehategod.ee
EYEHATEGOD TOUR DATES
7/20 SERENGETI FEST (Stukenbrock, Germany)
7/21 HAMMER OPEN AIR (Turku, Finland)
7/22 HAFENKLANG (Hamburg, Germany)
7/23 MAGNET (Berlin, Germany)
7/25 FONOBAR (Warsaw, Poland)
7/26 VIPER ROOM (Wien, Austria)
7/27 PMK (Innsbruck, Austria)
7/28 LO-FI CLUB (Milano, Italy)
7/30 KAB USINE (Geneve, Czech Republic)
7/31 BASTARD (Osnabruck, Germany)
8/01 BETA (Kopenhagen, Denmark)
8/02 TRUCKSTOP ALASKA (Gothenburg, Sweden)
8/04 TRIBUTE (Sandnes, Norway)
8/07 FLEECE (Briston, United Kingdom)
8/08 ACADEMY 3 (Manchester, UK)
8/09 GARAGE (London, UK)
8/10 GEBAUDE 9 (Cologne, Germany)
8/11 IEPERFEST (Ieper, Belgium)
8/12 GEBAUDER 9 (Cologne, Germany)
8/29 MARQUIES THEATER (Denver, CO)
8/30 HAWTHORNE THEATER (Portland, OR)
8/31 OAKLAND METRO (Oakland, CA)
9/01 BUMBERSHOOT (Seattle, WA)
Posted by Toxicbreed Labels: -News, -Sludge, Eyehategod

Run With The Hunted- Self Titled LP

Facebook
1. Introspective
2. Magna Cum Laude
3. Double Zero
4. Sycophant
5. Occam's Razor
6. I Will Make This World Without You
7. Synethesia
8. Silent Conversations
9. Signs Of Life
10. Silverfish
11. Reversal Of Fortune
Get It NOW!
Via Panic: "We’re trying something new here at Panic. We’ve gotten tons of feedback from all of you over the years about how you find out about and listen to our releases. The majority of people we’ve heard from prefer to download an album for free to check it out and if they like it, they’ll support the band on the road or eventually pick something up from us online. From a label standpoint, this has always put us in a difficult situation; we put a ton of time, effort and money into each release and free downloading takes away from our ability to break even and continue to put out new releases. At the same time, we want everyone to have access to our releases and hear the amazing bands we work with.
Everyone knows the standard model for a record label to make money doesn’t work anymore: time and technology have changed things forever. But the one thing that hasn’t changed is how our punk/hardcore community operates outside of the mainstream. Our scene has managed to remain underground, DIY and largely self-supported because we don’t exist solely to make a profit; bands, labels, promoters, really everyone involved in our scene contributes in whatever capacity they can and does it for the passion and love they have for this special community. In that spirit, we are offering up Run with the Hunted’s self-titled LP for free, high quality download. If you haven’t heard this record yet, now you really have no excuse. It’s one of the most explosive, emotional, punishing hardcore releases in recent memory. Run With The Hunted are one of the hardest working bands on Panic and we really hope you’ll support them by downloading the record and helping spread it around on blogs, social media etc. They’re currently on tour in Europe with Unveil and any extra support we can help give them will go a long way.
We sincerely hope that after downloading the record, you’ll find a way to support the band or label in any way you can; by checking them out on tour, picking something up from our webstore, paying for a track from Bandcamp, even sharing this newsletter would be awesome. If not, that’s OK too. More than anything, we hope this record moves you and becomes a meaningful part of your life the way it has for us. Music is a powerful tool and an amazing gift; enjoy this one, on us!"
Posted by Toxicbreed Labels: -Download, -Hardcore, Run With The Hunter 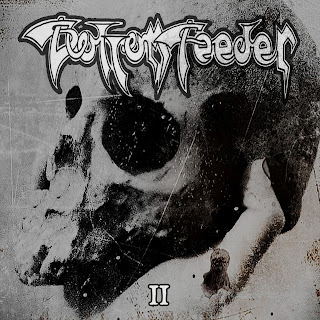 The hardcore scene has always had a reputation for churning out some of the heaviest hardcore bands to date.  In the short time since their inception, Bottomfeeder has chiseled out a little piece of that legacy for themselves.  On their sophomore follow up to their 2011 demo, aptly titled “II”, Bottomfeeder delivers a beating in the form of four punishing tracks of metallic hardcore.

From beginning to end, this record doesn’t let up for even one second.  Between pure All Out War worship to moments reminiscent of old school death metal brutality, each track is as crushing as the last.  The real on the record is the last track titled “On Our Own” and features a guest spot by Chris of Shattered Realm.  The only way to describe this song would be “recklessly heavy.”  If you catch them live, I can’t imagine you putting any thought in the consequence of your actions while this song is being played.

In short, Bottomfeeder has given us one of the heaviest records of 2012 thus far.  If you’re a fan of bands like All Out War, Built Upon Frustration, Dead and Buried, or Merauder, Bottomfeeder deserves a listen.  The future is looking bright for one of PA’s heaviest outfits; it’ll be exciting to see where this record takes them and what they have in store next. Treacherouskin- Altar Of The Beast