So today I woke up to the news that my personal mediafire account was locked. That means any/all files I uploaded to my personal account have been removed from anyone's access (legal downloads included). But I'm not going to go down so easy, starting today I will start reuploading any/all LEGAL / Out Of Print files we had on here.
Going to do my best to make the site as legal as possible. That means posting stuff sent in by the band/label, and/or posting stuff with FULL permission from the band or label. This site started in 2009 and it's not stopping anytime soon.
Posted by Toxicbreed Labels: *Toxicbreed's Funhouse

Oldfears- Hell is for Those Who Believe in It 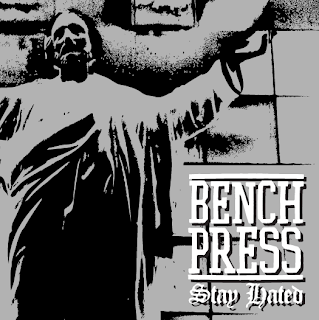 BENCHPRESS may seem like a joke band based on their name  But don't let that fool you. Taking influence from bands like Integrity, Madball, and Terror, it's hard not to take them seriously.  If you like fast paced hardcore with shredtastic solos, mixed with some added fun for the mosh warriors, this band is for you.  BENCHPRESS is from Central PA and making a name for themselves very quickly.  So if you're from PA, NY, MD, NJ, chances are you might be hearing about this band soon.  Now about the Stay Hated EP. It's 6 tracks of metal-laced hardcore full of pure fury and rage.  The albums opener "Hellbound" has a really strong New York "bouncy" feel to it and gives you and good taste for the band and what they're about.  The follow-up "Out of My Mind" is definitely a song for kids trying to hit the pit.  Its hard and heavy through the song and at towards the end of the song Donnie lays down a very sensible guitar lead.  Personally, I think bands playing this style of music needs to incorporate more guitar solos and leads into songs.  It's something I've felt for awhile so I have no problem with BENCHPRESS taking advantage of Donnie being a shredder.  Onward to the next song, "Better."  This song is fast, energetic, rageful, and not going to make your ashamed to get in a east coast circle pit.  I don't want to call the 4th track, Grudges a "filler track."  But to me there isn't really anything noteworthy going on in the song for me.  It's still a solid song and deserves it's place on the album.  Every band has a "love/girl" song.  And Misery is BENCHPRESS's.  The lyrics clearly seem to be about a break-up.  "Don't get it twisted" though, because there is absolutely nothing soft about this song at all.  Donnie again incorporating a killer lead at the end of the song bringing it all together to set up for the last track "Stay Hated."  The title track is the best on the album in my opinion.  Everything seems to be on point.  The song seems to be about doing what you do.  Being yourself and giving 0 fucks if people hate you because of who you are.  Ryan's backing vocals toward the end of the song is easily my favorite part of the whole EP.  It's dead on and almost gives you chills.  All in all, Carson Slovak seem to do a good job with the production.  I don't think I've heard any thing else he did but nothing seems to get lost in the mix and you can hear everything clearly.  I'll give it a 4/5.  It's a solid debut release and it shows a lot of promise.  The EP will be posted on Toxicbreeds Funhouse after the release show with Doubledealer and Burdens on March 10.  Look out for it.  But for now, check out two tracks on their facebook here: http://www.facebook.com/BENCHPRESS666?sk=app_178091127385
Posted by GEOFFARIO Labels: -Hardcore, -Review, Benchpress

Year: 2012
Quality: 320kbps
Tracklist:
1. Gratitude
2. Alzheimer
3. Castration
4. Blut
Get It NOW!
CALVAIIRE is a new dark hardcore/crust band with members of Birds In Row and As We Draw. This is their debut EP. Released on French powerhouse Throatruiner Records.

Chip was nice enough to hit us up about streaming the debut EP from his new band On Bodies. Band features ex members of Terror, Shai Hulud, As Friends Rust, Until The End, and many many more. EP is available on wax through American Enemy Records and available on CD via Eulogy Recordings, pick up a copy if you enjoy it.
Posted by Toxicbreed Labels: -Hardcore, -Melodic Hardcore, #Stream, On Bodies

Facebook/Bandcamp
Year: 2012
Tracklist:
1. Forbearer
2. The Sightless Herd
3. Author of Strife
Get It NOW!
Posted by Toxicbreed Labels: -Hardcore, Nigh

Washington DC's incredibly brutal ILSA, have announced they will be releasing their sophomore LP titled 'Intoxicantation' via Baltimore's A389 Recordings.

Formed in 2008 ILSA self released a demo CDR before fine-tuning their sound and unleashing the incredible 'Tutti Il Colori Del Buio' LP (Contagion Releasing) which received rave reviews and was followed up by a split 12" with Finland's Hooded Menace.

Combining an obsession with 1970's foreign horror films, and a sound that is equally devastating on record as in a live environment, ILSA is sure to please fans of Grief, Amebix, and label mates Seven Sisters Of Sleep.
Listen to the track 'Blood Rituals' taken from their LP 'Tutti Il Colori Del Buio' available via Contagion Releasing

The band is booked with Kevin Bernsten (Developing Nations) over the next month, and the album artwork is currently being assembled by the drummer Joshy and vocalist Orion (whom have previously collaborated of the band's previous artwork).

Stay tuned for updated information on the release of ILSA's new LP 'Intoxicantation' on A389 Recordings. Add the band on Facebook in the meantime: 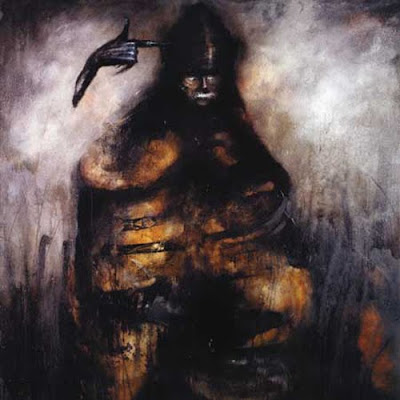 Channeling the signature metallic hardcore sound of fellow Cleveland peers Integrity and Ringworm, Pale Creation originally released Twilight Haunt in 1999 and it still stands as their only full length record. Based on the very small number of times I've heard this band mentioned it seems the first release slipped under the radar of many at the time and to this day, quite a shame considering how outstanding this record really is. While this band does dabble in a sound not unlike the bands mentioned above, they also inject a heavy handed does of gothic atmosphere into the songs that gives them their own unique feel. Twilight Haunt is a true rarity, a metallic hardcore album that heavily dives into the more experimental territories of metal and succeeds with flying colors. Pale Creation recently played the A389 Records Bash in January, so here is hoping they are once again active and here to stay. While the limited vinyl reissue of this album has been sold out for quite sometime, it is more then worth it to purchase a digital copy from the A389 Records webstore. Hopefully with this wider release of the record, more people will get a chance to discover an album that simply needs to be heard by all fans of the more experimental side of metallic hardcore.

Facebook
Year: 2012
Tracklist:
1. Born to Mourn
2. Hell Bent
3. White Rabbit (Jefferson Airplane Cover)
Get It NOW!
and if you like it, BUY IT!
Posted by Toxicbreed Labels: -Hardcore, -Punk, #Stream, Old Wounds 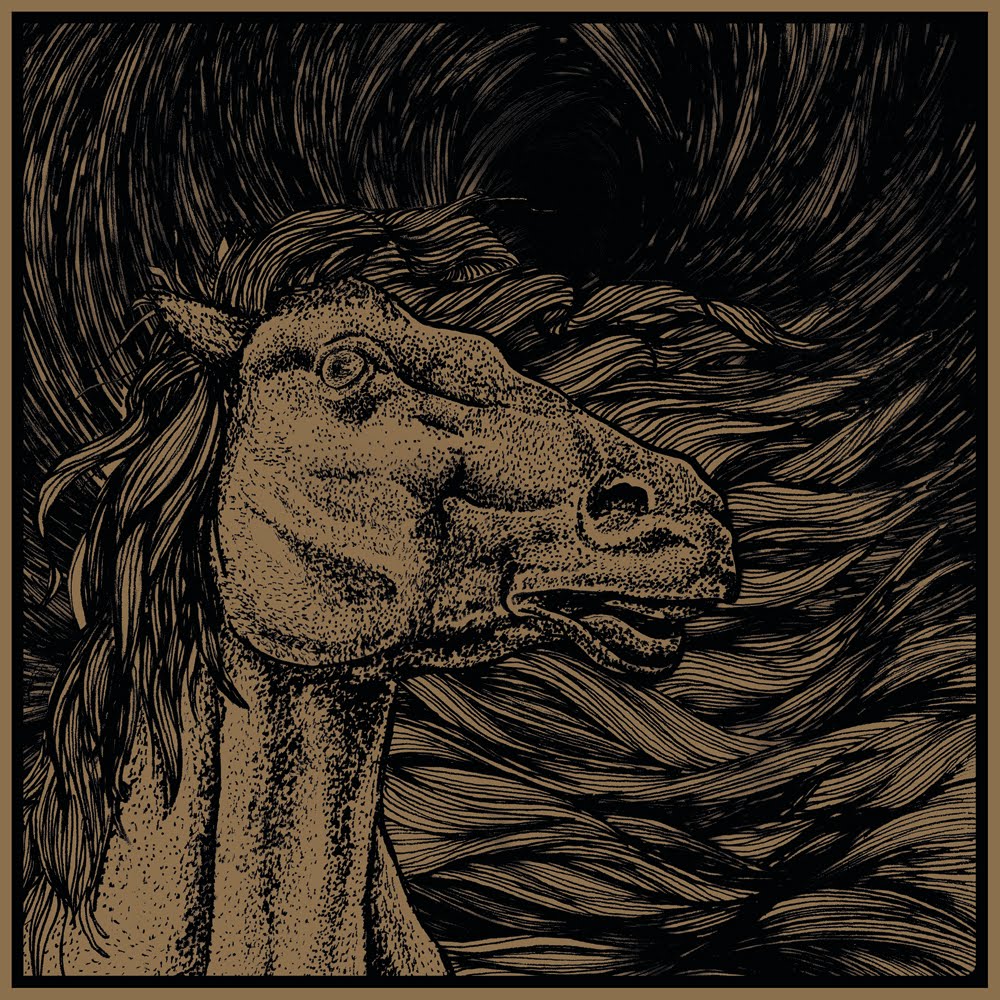 Plagues- I: Age of Viral Origin Facebook
Year: 2012
Quality: 320kbps
Tracklist:
1. Give the People What's Expected
2. Stay Out of the Basement
3. Mártyras
Get It NOW!
The first of a series of EP's the band will release digitally. Split with The Cold Front (CA) available through Irish Voodoo Records soon.

The kind folks over at Headfirst! Records were nice enough to give us the opportunity to stream the Low Sky EP. The records are currently at the pressing plant, so keep an eye for orders to launch on the Headfirst site.
Posted by Toxicbreed Labels: -Hardcore, -Punk, #Stream, Low Sky

The Coltranes- I've Got Heaven In My Smile Get It NOW!
Posted by xpartyonx 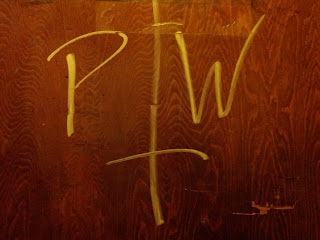 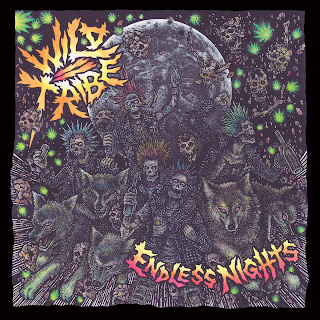 Crushing Japanese Hardcore. American Crusty D-Beat. Motorhead infused Riffs. Like what you are hearing? Then you will absolutely love Wild//Tribe’s debut album Endless Nights. The album is the perfect blend of Texas style hardcore (think World Burns to Death, Spazm 151, etc), mixed with a total love for Japanese Hardcore that bleeds through the vocals and melodies/solos (that are virtually ever-present throughout the release) all packaged in 10 d-beat driven songs. It is sometimes hard to review records by bands you are close to, but I can safely say that every bit of positivity I attribute to the record comes, not from my friendship with Wild//Tribe, but with their absolutely crushing song-writing and performance.

Wild//Tribe (ex Unit 21) opens the release with Broken Head, which just over 2 minutes of crushing hardcore that doesn’t slow down for anything. The record isn't all about speed though. The band isn’t afraid to really experiment with their sound and with the last track, Midnight Tribes, really display how talented they are. The almost ballad-like track both showcases the expertise of both guitarists and allows the dual vocalists a chance to really develop in a way that fast riffs don’t always allow. Bands with two vocalists can be tricky, but Wild//Tribe blends each together in a unique way; they don't just simply wait for each other to finish before starting, nor do they have songs for each singer. Wild//Tribe instead using both vocalists talents and matches them against each other in an almost constant onslaught. The vocals are not afraid to overlap, and in the end they construct, in my opinion, one of the most successful uses of what otherwise could be a very disastrous thing.

The record, past being written well, sounds powerful(being both recorded and mastered by Jack Control of World Burns to Death/Severed Head of State). What you can expect from this release is a polished package of heavy-hitting songs, that will also stay in your head for days. This is not however just a release for die-hard d-beat/crust fans but seems to have a little bit of something for everyone. Don’t sleep on this album.


Download Courtesy of the Band Coming Soon Via Toxicbreed Funhouse

Here it is, the long awaited split between New York natives Divider and Colony. All I can really say is that this was WELL worth the wait, check it out and purchase it if you enjoy it.
Posted by Toxicbreed Labels: -Hardcore, -Metal, #Stream, Colony, Divider