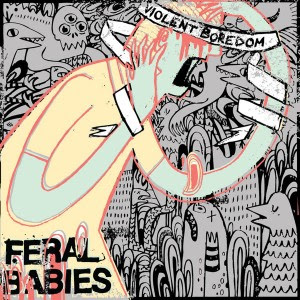 Year: 2012
Quality: 320kbps
Tracklist:
1. Even Breathing
2. Bedsides
3. Sunstroke
Get It NOW!
and if you like it, BUY IT!
Posted by Toxicbreed Labels: -Hardcore, -Punk, Sweet Jesus

The fine folks over at Get Young Records were kind enough to send over the new Cold Snap single for us to stream. If you enjoy it make sure to snag a copy from the label.

A389 Recordings have officially revealed the details behind their special Eighth Anniversary Release: A limited edition professionally recorded live collaboration LP by Baltimore's PULLING TEETH, and Canadian Heavy Metal God THOR.
Dubbed as THOR'S TEETH this live LP takes you through 11 THOR classics redone by PT at 2010's A389 Anniversary concert in Baltimore. Professionally recorded/mixed by Kevin Bernsten/Developing Nations, that magical night of January 08, 2010 can now be relived at any time.
That is...IF you are one of the lucky 100 people who picked up the LP at last weekend's A389 Anniversary Bash.
However, you may be in luck as A389 has set aside an additional 100 copies which will be made available this Friday 01/27 for mailorder only. A digital release is set to follow shortly via Vulcan Sky/Smog Veil Records.
This performance is one for the history books. Check out THOR'S TEETH ripping through the THOR classic 'Thunder On The Tundra' below
Go listen:
http://soundcloud.com/a389recordings/thorsteeth
Watch videos:
http://youtu.be/YNlsBPeb5g0
http://youtu.be/9MY1vbPNlN4
Posted by Toxicbreed Labels: -News, A389 Recordings, Pulling Teeth, Thor

I've been looking forward to this release for some time. For those who don't know, Nazi Dust are from Tampa, Florida and play hardcore punk influenced by the original Boston greats like SSD, Siege, etc. While I enjoyed their previous demo and self titled 7" release on Youth Attack Records, this single sided 12" is a HUGE step up in song writing. With this release the band drops the spastic song structures, and focuses more on well rounded jams. Seriously, each song is a banger, with "Suffering" being one of the best hardcore punk songs released last year. If you're a fan of raw, blasting, distortion heavy hardcore punk don't pass this one up. This will definitely be on my year end list, and we're not even through the first month of the new year!

Everything Went Black-Cycles Of Light 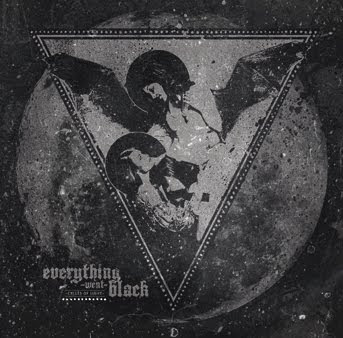 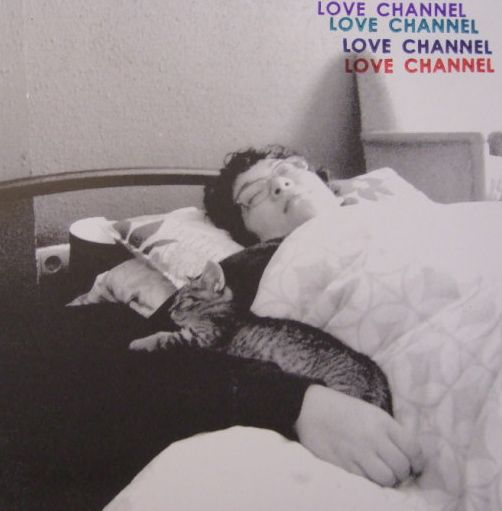 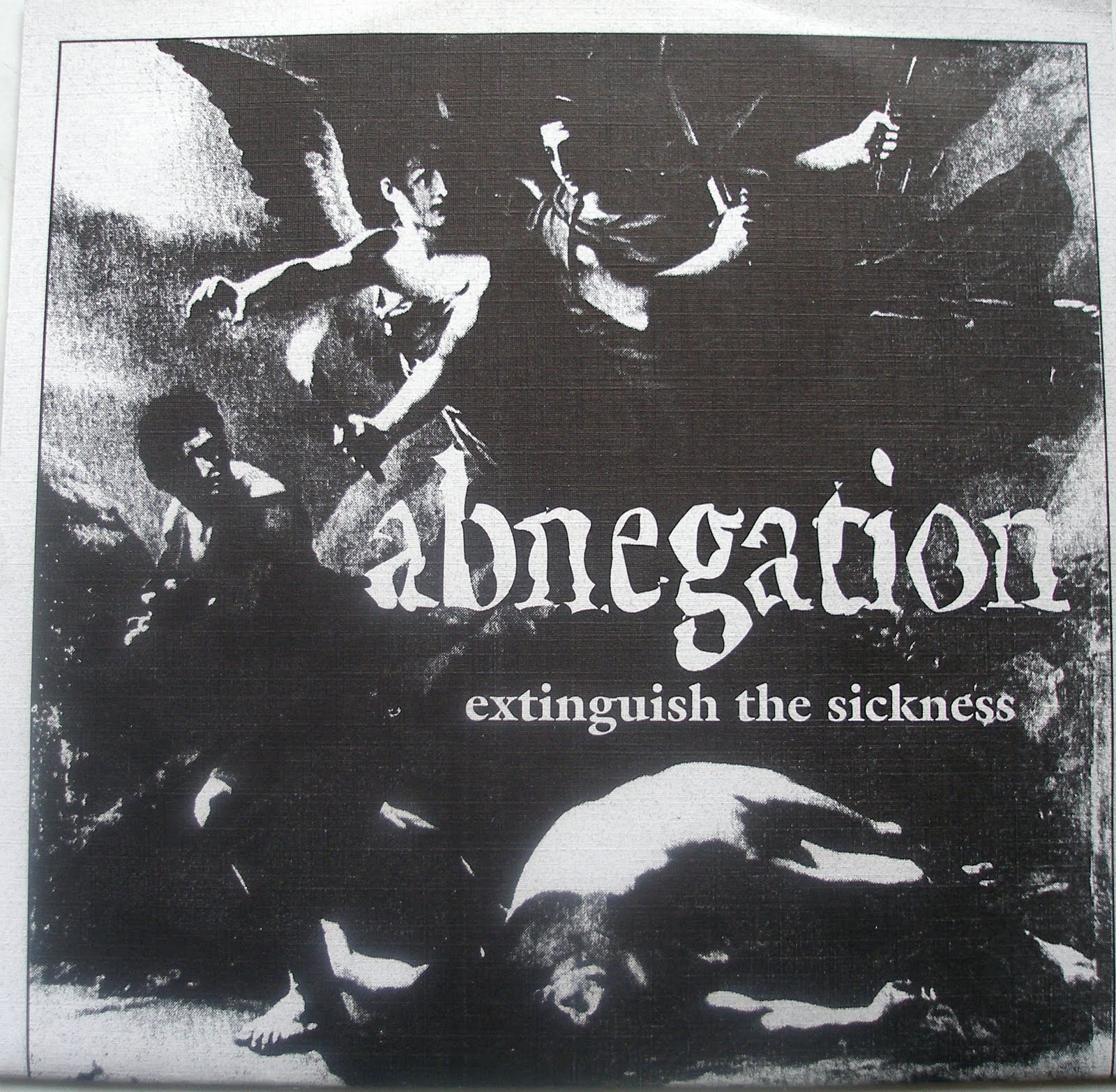 Year: 1994
Quality: 192kbps
Tracklist:
1. Birthright
2. In The Eye Of The Storm
3. Siphon
4. Extinguish The Sickness
Get It NOW!
Posted by Toxicbreed Labels: -Hardcore, -Metalcore, Abnegation 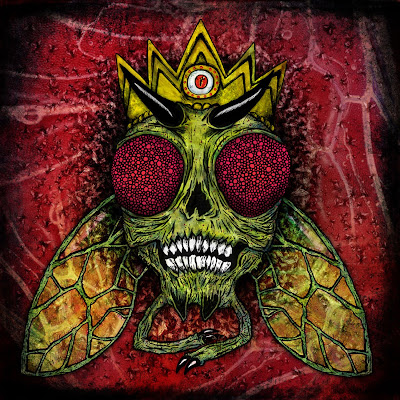 After listening to this record nonstop for the last 3 days, I couldn't be more stoked that Junior Bruce is from Florida, my own swamp ridden backyard. Featuring the former vocalist of now practically legendary hardcore/metal group Bloodlet, Junior Bruce have released an incredible debut LP featuring 10 tracks of scathing stoner metal thats both ridiculously heavy and undeniably catchy. There is literally NO filler to be found on this record, every single note is there for a reason and that is a lesson many bands playing this style today could learn today. Too many times bands playing this style today are relying on noise/ambiance and theatrics to simply fill up space inbetween the actual songs on their LP. All the more reason it is so refreshing to see a band say no bullshit and get straight to the point:heavy excellent riffs. The vocals fall into much different territory in comparison to Scott's days in Bloodlet, falling somewhere between older Mastodon and more classic forefathers such as Black Sabbath. It's a perfect fit for the band and in my opinion his best vocals so far. This LP will stay in constant rotation for me in the months to come, and while the year has obviously just started I have a feeling I'll still be talking about this record at the end of it. For any fans of metal in general, this is something you are going to want to check out immediately.

Stream A Track From "The Headless King" Via A389 Records
Purchase The Record From The A389 Records
Posted by Eliot Mayo Labels: -Review, Junior Bruce

I Want You Dead- ΑΩ 7inch

Bandcamp
Year: 2012
Quality: 320kbps
Tracklist:
1. All Colors Pitch Black
2. Cvlts
3. Collapse
4. Black Sails
Get It NOW!
And if you like it, BUY IT!
Posted by Toxicbreed Labels: -Hardcore, I Want You Dead 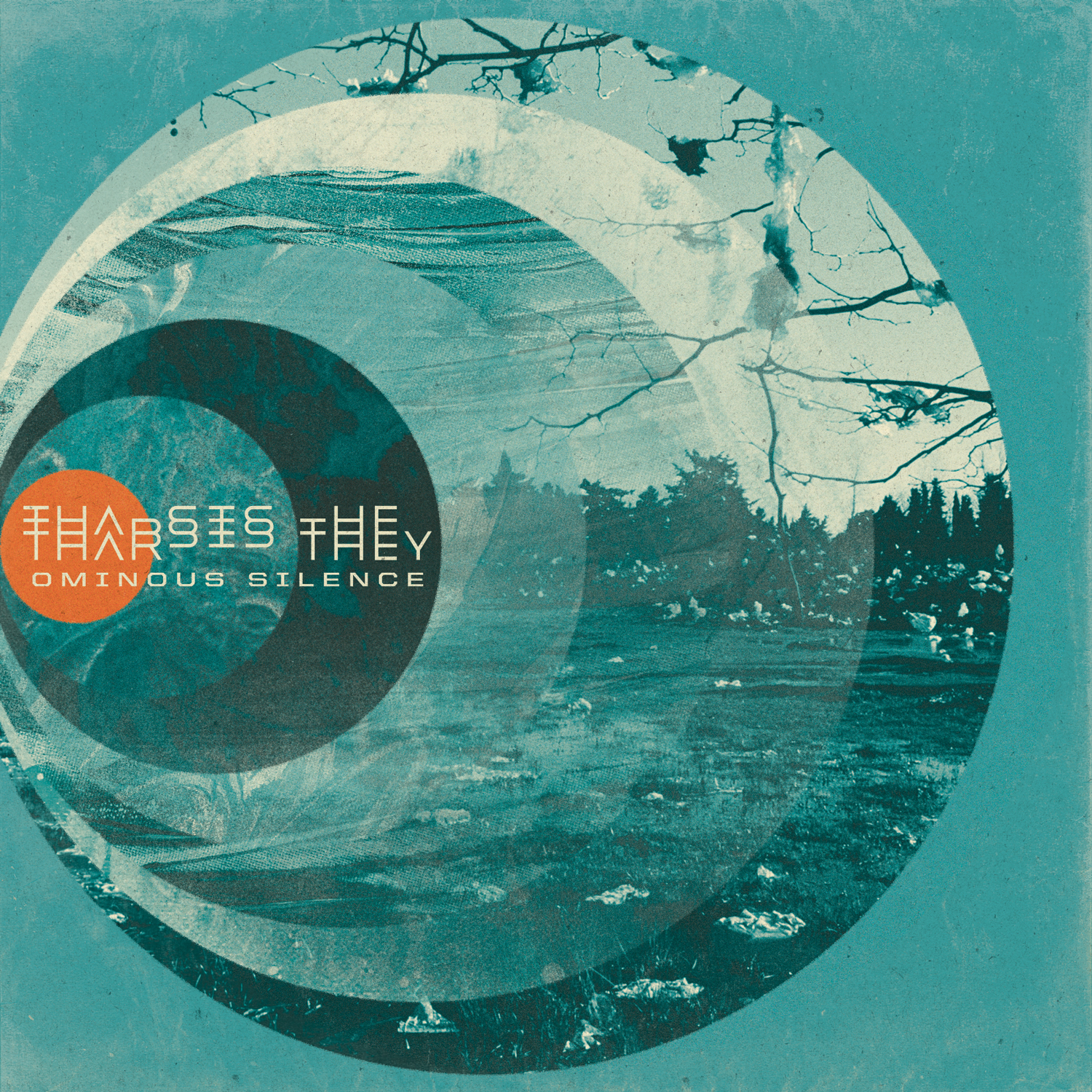 Facebook
Year: 2012
Quality: 320kbps
Tracklist:
1. Idol Hands and Idle Minds
2. Deceiver of All
3. The Brink
4. God Loves, Man Kills (One King Down Cover)
Get It NOW!
and if you like it, BUY IT!
Posted by Toxicbreed Labels: -Hardcore, Renouncer

Johnnie over at Arrest Records was kind enough to give us the opportunity to stream the new Plead The Fifth EP. If you enjoy the EP make sure to order a copy.
Posted by Toxicbreed Labels: -Hardcore, #Stream, Plead The Fifth

Bandcamp
Year: 2012
Quality: 320kbps
Tracklist:
1. Prey
2. Cancer
3. Second Coming
4. Sheep Breed Sheep
5. No Love
Get It NOW!
and if you like it, BUY IT!
Folder includes the EP in MP3 and WAV format.
Posted by Toxicbreed Labels: -Hardcore, Fatal Birth

Hollow Earth- We Are Not Humanity (2 Song Sampler)

Facebook/Bandcamp
Year: 2012
Quality: 192kbps
Tracklist:
1. On the Precipice
2. There Will Come Soft Rains
Get It NOW!
Posted by Toxicbreed Labels: -Hardcore, Hollow Earth

Facebook
Year: 2011
Quality: VBR
Tracklist:
1. Sleep Deprived
2. Hell And High Water
3. Vices
4. Means To a Dead End
5. The Burden of Failure
Get It NOW!
and if you like it, BUY IT!
Posted by Toxicbreed Labels: -Hardcore, Black Veins

Bandcamp
Year: 2011
Tracklist:
1. Introduction
2. The Ones You Keep
3. Closed In
4. Desperation (Temptation)
5. Prisoner
6. Sentenced To Solitude
7. Fade Into Black
get it HERE!
like it? BUY IT!

Carrying the Fire- Passed On

Facebook
Year: 2011
Quality: 320kbps
Tracklist:
1. The Big Question
2. Repentance
3. We, Too, Have Come To Rock For Light
4. Bleeding Hearts and Bloody Hands
5. Free At Last
6. No Matter What
Get It NOW!
and if you like it, BUY IT!
Posted by Toxicbreed Labels: -Hardcore, Carrying the Fire The folks over at Life To Live Records were kind enough to give us the privilege of hosting the stream for the brand new Losin' It EP entitled 'Danger Zone'. If you enjoy the EP make sure to purchase it directly from the band or label: http://ltlrecs.storenvy.com/
Posted by Toxicbreed Labels: -Hardcore, -Youth Crew, #Stream, Losin' It

Florida's JUNIOR BRUCE have finalized the details surrounding the release of their debut 12" titled 'The Headless King', which is set to be released on January 31, 2012 via A389 Recordings
Fronted by vocalist Scott Angelacos of Bloodlet fame, JUNIOR BRUCE‘s debut album continues along the sludgy path paved by their predecessors. With no intention of rehashing their musical past, JUNIOR BRUCE take a sharp turn into territory riddled with straightforward grooves, huge stoner riffs and gruff,
yet melodic vocals.
Angelacos recently completed an interview conducted by old friend Jeff Beckman (Pick Your Side/Haymaker/Chokehold) that was included as part of CVLT NATION’s Artist To Artist series.
http://www.cvltnation.com/artist-to-artist-interviewspick-your-side-vs-junior-bruce/
JUNIOR BRUCE will also be making a trip up north in a few short weeks to perform at the A389 RECORDINGS VIII ANNIVERSARY BASH alongside Eyehategod, and Integrity to name a few. The band will have earlybird copies of their LP available at this performance. Be sure to not to miss them!!!
01/11 Orlando, FL @ Will’s Pub
01/20 Charleston, SC @ Jimbo’s Rock Lounge (w/Antiseen)
01/21 Baltimore, MD @ SONAR *A389 VIII ANNIVERSARY BASH
Check out the brand new JUNIOR BRUCE track ‘Deceiver’ from
‘The Headless King’ LP/Digital coming 01/31/2012 on A389 Recordings
http://soundcloud.com/a389recordings/juniorbruce
Check out a live video JUNIOR BRUCE performing the title track
from 'The Headless King' here:
http://youtu.be/TGKKiSr5soo
Posted by Toxicbreed Labels: -News, A389 Recordings, Junior Bruce

Facebook/Bandcamp
Year: 2011
Quality:
Tracklist:
1. Flowerhead
2. Kiss The Flame
Get It NOW!
and if you like it, BUY IT!
Posted by Toxicbreed Labels: -Punk, Give