One Against Many - Take My Pound of Flesh And Sleep Well

Bandcamp
Year: 2010
Tracklist:
1. Stabbed In The Back... Again
2. Forced To Fight
3. Civilized
4. Monuments To Sand
5. Of This Hell
6. Salvation Or Damnation
get it HERE!
like it? BUY IT!
Posted by RedrumSyndrum Labels: -Hardcore, One Against Many 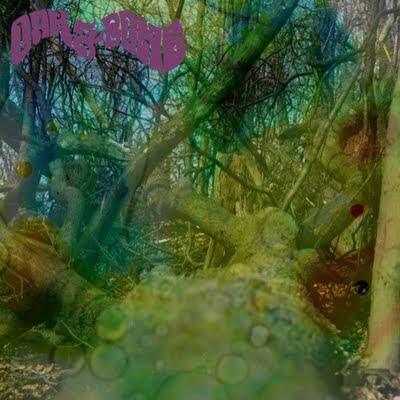 After releasing an awesome 7 inch in 2009, Oak And Bone finally deliver their full length of raging stoner/hardcore jams. Pack a bong and fire this joint up, you won't regret it.
Posted by Eliot Mayo Labels: -Hardcore, -Stoner Metal, Oak and Bone Facebook
Year: 2011
Quality: 320kbps
Tracklist:
1. Solf Pipes, Play On
2. The Best 8 Words
Get It NOW!
I sat down with Lukas (Vocals) this past weekend at Sound And Fury in Santa Barbara, within our conversation we discussed the possibility of doing a joint Featured Band/Exclusive deal with Apart and the blog. Here we are a week later with the exclusive posting rights for the bands new tracks, if you run a website and want to repost this PLEASE use the link above so the band can keep track of everything. Hope everyone enjoys this.
Posted by Toxicbreed Labels: -Hardcore, -Screamo, Apart In Time/Will To Die- Don't Tread On Tennessee (Split)

In Time Facebook/Will To Die Facebook
Year: 2011
Quality: 192kbps
IN TIME TRACKS:
1. Race To The Bottom
2. All Of Them
3. Check Yourself
4. Bringin It Down (Judge)
WILL TO DIE TRACKS:
5. Iron Fist
6. Desperation
7. Pain & Suffering
8. Propaganda (Sepultura)
Get It NOW!
Posted by Toxicbreed Labels: -Hardcore, In Time, Will To Die

Power Of The Riff Mixtape 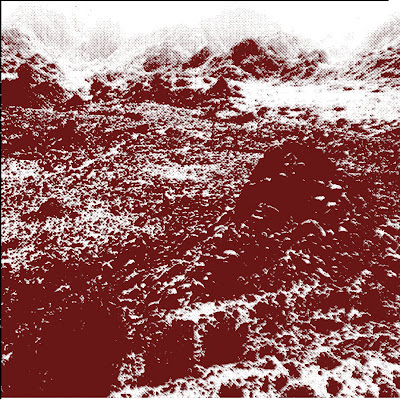 2011
Newly released at A389 Records comes this repress of a 7 inch featuring 4 songs from Gehenna, a metallic hardcore band well known for their vicious live shows. The first 3 songs on this record are total rippers, showing a huge black metal/trash influence, especially in the vocals. I can't say I know what the original recordings sound like but I have to say, it's awesome to hear something with such raw production still sound so loud and clear. The last song slows down to stoner/doom metal pace and the vocals are replaced with heavily distorted voices, bringing the record to an impressive and fitting end.It's also worth noting that the cd version of this contains their previously only available on vinyl "Upon The Gravehill" release as well. While I can't say I was too familiar with this band's music beforehand, I will most definitely be checking out their other releases and watching for more in the future based on this ripper. 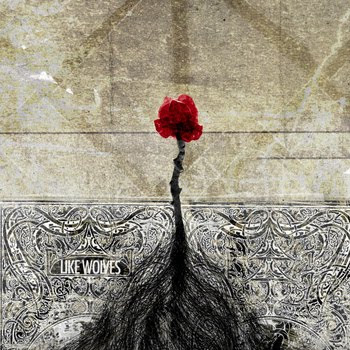 Been waiting to hear this LP for a while. Like Wolves are an awesome band from Rochester, NY that play dark and technical hardcore. Thanks goes to the awesome dude's at Elementary Revolt for the original post of this. 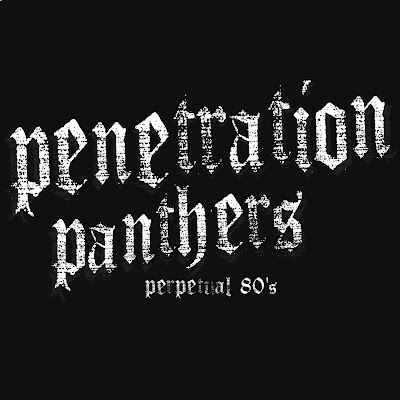 First of all, this band has one of the more awesome names that I have come across in quite some time. That being said, the music is also extremely rad. Featuring members of Gehenna and Gravehill, Penetration Panthers rip through 3 tracks of raging 80's hardcore that comes off to me sounding like a cross between My War era Black Flag, Black Sabbath and Flipper with a healthy layer of grime thrown in for good measure. They also manage to write some amazingly catchy jams despite the raw production. This is a great introduction to the band and I am extremely excited for the band's upcoming LP. It just goes to show you that sometimes no frills and straight to the point is the best way to go. Anyone looking for a newer band heavily influenced by the days of old should check this out now. Kudos to A389 Records for another awesome release. Perpetual 80's indeed. Given the incestuous nature of it's extreme music scene, Baltimore, MD is no stranger to supergroups and weird dudes. A supergroup about a weird dude was inevitable. Featuring members of Baltimore noteables Pulling Teeth, Triac and Stout, Hatewaves is the musical extension of local celebrity/tattoo artist/PT drummer Alex 'TheXBeast' Henderson's outlandish views on life and the world we live in. Although not an actual member of the band per se, he serves as the band's muse serving up verbal diatribes which act as direct inspiration for such tracks as 'Poser Politics', 'Death And Air' and the latest track 'No Friends' which poses the question: 'What's the point of having friends? They either move away or die'.
The band released their debut 7" 'Taste The Beast' via A389 Recordings last year to a disturbingly enthusiastic response and played shows sporadically whenever schedules would permit. All of which were over in the blink of an eye.

Having just completed their second EP, 'The Tombs' will be released as a 5" by A389 Recordings in America and overseas via the legendary grindcore label RSR. (If you don't know what it stands for, you're probably better off not knowing). With live appearances few and far between, the band will be joining Pulling Teeth for an exclusive record release performance on this year's This Is Hardcore Festival in Philadelphia, PA TIH promoter Joseph McKay was quoted "It was shocking to find out first hand just how hungry people are for Hatewaves. When we announced them playing This Is Hardcore, we had an amazing rush for tickets. I'm still answering nasty emails from people who couldn't get tickets for Hatewaves. Due to the anticipation of their TIH set, I've brought in a few ex marines to help backup our regular security team. I'm psyched although a little worried for what will come of their set this August.
Hatewaves 'The Tombs' will be available mid August via A389 Recordings and RSR (Europe) as well as digitally via Itunes. Early copies will be available at the band's performance at This Is Hardcore Fest on August 13th, 2011 @ The Starlight Ballroom (Philadelphia, PA) before it is anywhere else.
Listen to the Hatewaves track 'No Friends' from the upcoming EP 'The Tombs' by visiting the streaming
media player at www.a389records.com
Taste the beast.
(Photo by Baron Kirkpatrick).
Posted by Toxicbreed Labels: -News, Hatewaves

LOW PLACES set to release 'Spiritual Treatment' via A389 Recordiings Low Places from Los Angeles, CA will be releasing a new 12" release titled 'Spiritual Treatment' via Baltmore's A389 Recordings. A vicious continuation of their previous hard to find 7" (released on Recession Records), 'Spiritual Treatment' will feature five new tracks of fast power violence/grind influenced hardcore on side A, while the B-side will contain the band's original 'Violent Hunger' cassette tracks hidden in the unmarked grooves.

The album artwork has been a source of controversy as printers all over the country have refused to print the original artwork: a collage by Polish artist Syzmon containing various depictions of humanity at it's lowest. A few alterations have been made to the artwork to ensure that the record will actually be pressed and see the light of day. Facebook
2010 Demo (Buy It!
When You Don't Think You Can (Buy It!)
2 Song Promo (Buy It!)
Posted by Toxicbreed Labels: -Hardcore, -Youth Crew, Enough If you live in California then you probably already know of the amazing tunes that the guys in Crucified produce, if you’re not from the area and have been sleeping on the band then shame on you. After putting out what I think was one of the albums of the year last year, the band has returned with a new 7” consisting of 4 of the bands best material, both lyrically and musically. Still continuing with the “Birth Is Pain” era Ringworm and “God Hates Us All” era Slayer sound, Dead of Sleep starts off abruptly with the title track and sets the tone of the next songs with the usual theme of night terrors, delusion, paranoia and self loathing. Each song then seems to play off the last one until it ends with “Apathy” which is the opposite of how these songs make me feel, since they are packed with everything that someone into hardcore, crossover, thrash or even metal can enjoy. Crucified is one band that just keeps evolving on each release, making songs that are relentless and yet seemingly continue to keep up the same ideas that they have set in previous releases lyrically. Nick R. and the guys have really outdone themselves this time and I would recommend picking this up when you can and if you live in California, go out and see them with Incendiary and Sleep Walkers next week.
Rating 5/5
Favorite Song: Unworthy
Buy It Here: http://www.pahardcore.com/GETTHISRIGHTRECORDS
Posted by xpartyonx Labels: Dark, Hardcore, Review

Wreck- Reap What You Sow + Extras 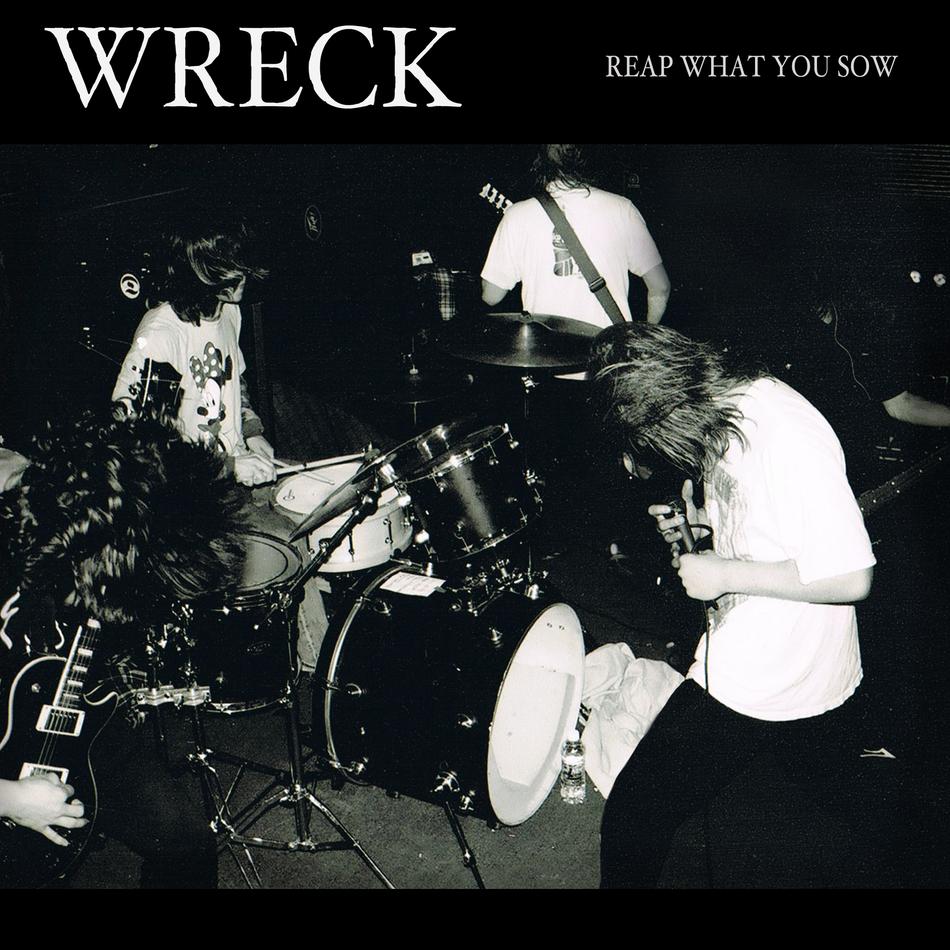 Bad Last.FM/Nightwolf Facebook
Year: 2011
Quality: 320kbps
Tracklist:
1. Bad- Laugh It Off
2. Nightwolf- Mirror Image
3. Nightwolf- Nothing Stays The Same
4. Bad- One More Time
5. Bad- Pointless
Get It NOW!
and if you like it, BUY IT!
Posted by Toxicbreed Labels: -Hardcore, Bad, Nightwolf

Tumblr
Year: 2011
Quality: 160kbps
Tracklist:
1. Aftermath
2. The Few That Remain
3. For Life
4. Not This Time
Get It NOW!
Posted by Toxicbreed Labels: -Hardcore, -Youth Crew, Break Away 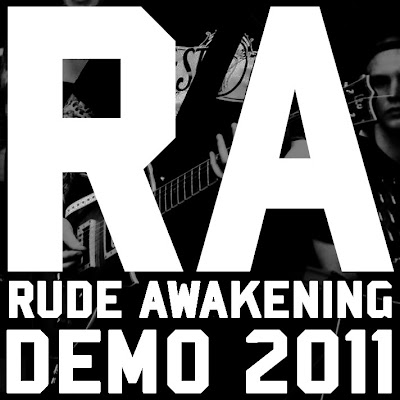 Doubledealer- Whose World Is This EP 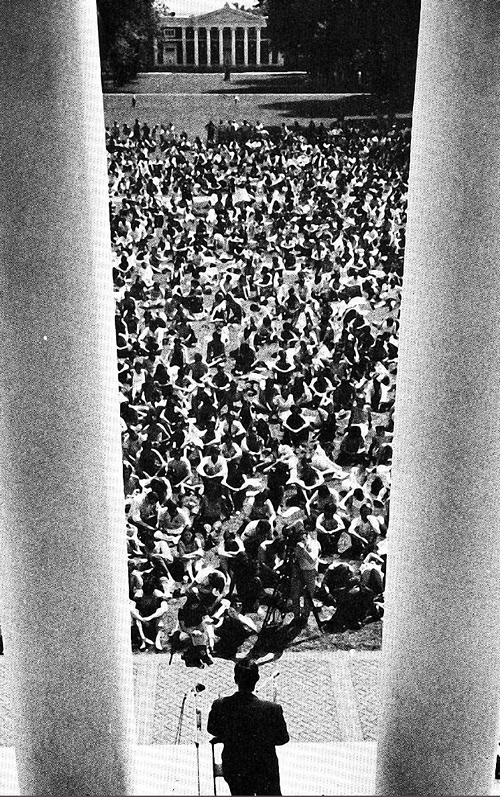 Facebook
Year: 2011
Quality: 320kbps
Tracklist:
1. Corrupted
2. Feed the Need
3. Stolen Empire
4. Whose World Is This
Get It NOW!
and if you like it, BUY IT!
Posted by Toxicbreed Labels: -Hardcore, Doubledealer

The Rodeo Idiot Engine- Fools Will Crush The Crown 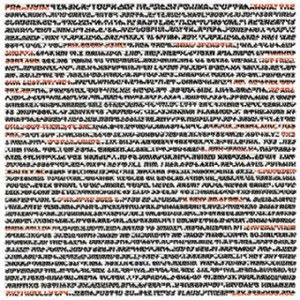 2011
Tracklist:
1.Paranoia
2.Kingdom Come
3.Taking Control
4.Their Still Out There
5.We Are Watching You Fail
6.Short Straw
7.Ignorance
8.A New Dark Age
9.Misanthropy

Awesome and crushing LP from powerviolence supergroup Dead Language, featuring members of Iron Lung, No Comment and Walls among others. Highly recommended for fans of the aforementioned bands.
Posted by Eliot Mayo Labels: -Powerviolence, Dead Language

Trainwreck-If Their Is Light It Will Find You EP 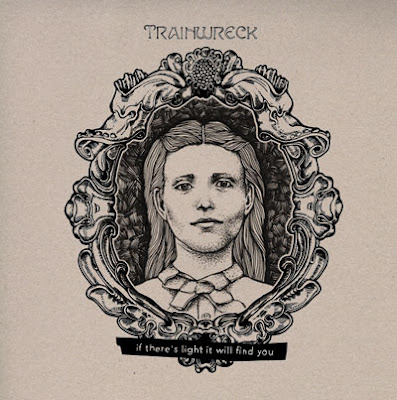 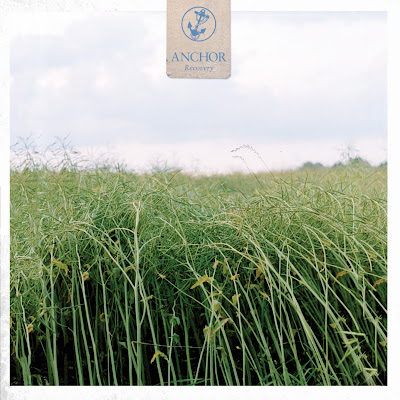 No Zodiac- Burn in Hell EP